10 Ways to Build a Nest Egg

by John Perritano
Prev NEXT
10 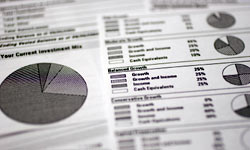 Financial advisers urge people to max out the amount they contribute to their 401(k) each year.
©iStockphoto.com/Jon Patton

In 1978, Congress created what we now know as the 401(k) plan. Lawmakers named the plan for a specific section of the Internal Revenue Service Code. Originally, 401(k)s offered taxpayers a break on deferred income. In 1980, businesses began realizing that the new tax code was an easy, tax-friendly way to create retirement savings accounts by allowing people to invest in the stock market. The money becomes available without any penalties when investors reach the age 62.

Employers soon began offering their employees 401(k) plans mainly because they were less expensive than traditional pension programs. Some employers even started contributing "free money" to each employee's plan. As of 2008, there are more than 65 million 401(k) plans in the United States with more than $3 million in invested stocks, bonds and mutual funds [source: Fetini].

In order to build a nest egg, financial advisers urge people to max out the amount they contribute each year. The maximum contribution in 2010 was $16,500 for those younger than 50. Those 50 years or older could contribute $22,000 [source: CNNMoney.com]. The more money a person puts into a 401(k), the more money that person will be investing in stocks, bonds and mutual funds, and their retirement.