How to Maximize Tax Deductions and Credits

Browse the article How to Maximize Tax Deductions and Credits 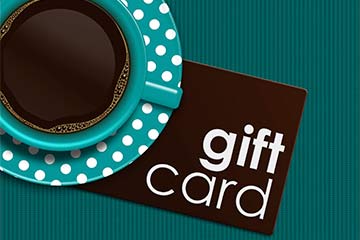 Think of the tax credit as a gift card and the deduction as a discount coupon.
ay088/iStock/Thinkstock

Income, sales, property, inheritance and death -- an array of tax categories dominates pretty much every area of our lives. Most of us grudgingly accept that we have to pay them, since road improvements, the health care system and education aren't exactly freebies and the money to fund them has to come from somewhere. The fact is that the government needs your dollars, and odds are that they're not going to tell you if you've accidentally forked over more than your fair share. All too often, the poor taxpayer understandably can't decipher all the various components of the tax law and overlooks some deductions and credits they might be entitled to. This is tantamount to flushing cash down the proverbial toilet. I don't know about you, but I like my money in my wallet or bank account, where it's nice and cozy!

If you're wondering what credits and deductions are exactly, you're not alone. There are dozens of available deductions and credits available to taxpayers, ranging from in value from small amounts to thousands of dollars. Ka-ching! Most of the time, credits are more financially beneficial to taxpayers because they are a set amount that reduces the amount of taxes you have to pay.

For example, if you owe $3,000 in taxes, but qualify for a $2,000 credit, your payback amount drops to $1,000. Deductions, however, lower the amount of your income that is subject to tax, so you'll still be paying taxes, just on a reduced amount. Your gross income minus certain deductions is your adjusted gross income or AGI. So, taking $2,000 in deductions might put your AGI into a lower tax bracket, but likely won't knock $2,000 off the tax bill. Think of a deduction as a helpful coupon and a credit as a super-sweet gift card.

Now, let's see what kinds of credit and deductions you might be able to claim. 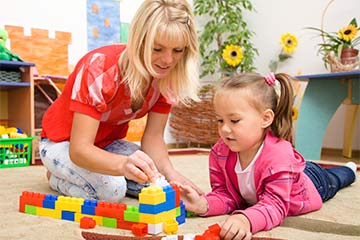 Child care expenses can be deducted from your taxes.
Serhiy Kobyakov/iStock/Thinkstock

There are three main types of deductions: standard, itemized and "above the line." Almost everyone who pays taxes enjoys an automatic standard deduction. For tax year 2014 the standard deduction for a single person is $6,200; married filing jointly is $12,400; head of household is $9,100; married filing separately is $6,200 and the deduction for a surviving spouse is $12,400 [source: Erb]. Deduct whatever amount applies to you from your gross income and that's your taxable income if you have no other credits or deductions to take. You often have to add up all your itemized deductions to see whether you'll save more on taxes by listing them or by just going with the standard deduction. The IRS does not allow you to do both.

Above-the-line deductions are deductions taken from your gross income to arrive at your AGI. Experts believe this to be the most helpful deduction for taxpayers, especially since those claiming above-the-line deductions can also employ itemized deductions. Many of these were detailed on the previous page, including job-related moving expenses, alimony payments and student loan interest [source: Rosen].

Itemized deductions are where a lot of tax finesse comes into play. These are deducted after your AGI is calculated. In general, taxpayers that itemize the most tend to be homeowners because they have the most skin in the game, so to speak, thanks to mortgages and other homeowner expenses. Certain levels of medical, dental, education and business expenses are candidates for itemization, too [source: IRS]. If the amount of itemized deductions you can claim exceeds your standard deduction, it's worth the trouble to itemize them. If you're close to exceeding your standard deduction but not quite there, you can clinch it with a little bit of advance planning. Make more charitable donations, for instance, or pre-pay real estate taxes for the next year.

Good record-keeping is probably the easiest way to ensure that you don't miss out on your due. "People tend to under-deduct more than they over-deduct," says Kelly Phillips Erb, a tax attorney who practices in Philadelphia. "They write out a check to the Girl Scouts and forget about it." She encourages the use of tax software or an organized list to track medical expenses, charitable donations, unreimbursed work expenses and other potential deductions that snowball throughout the course of the year. A few bucks here and there might not seem like such a big deal, but can really add up over the course of 365 days!

Think you can't deduct your clarinet lessons, whaling equipment, pet food or private plane? Think again! Tax law includes some pretty bizarre deduction opportunities, and citizens have actually done court battle in defense of their strange claims ... and won [sources: Hustad, Wood]. Be careful, though. The law is the law!

Some deductions have corresponding credits, and vice versa, leaving people confused about which to claim. (Education is one of those areas). In almost all cases, the credit is the optimal route. "The quick and dirty rule of thumb is that if you take the amount of the deduction and multiply it by your tax rate, that gives you roughly the credit equivalent," explains Erb. So, if the credit amount is greater, which it usually is, that's the one to take.

The true key to maximizing credits is simply to educate yourself on what's out there and how to claim them. "People miss out on credits because they don't know about them or realize that they qualify for them," says Erb. Many credits are income-based, and designed to ease the costs of child care and higher education.

"Education credits can be very overlooked," says Kathy Hettick, first vice president for the National Society of Accountants. "Make sure that you understand the credits and are keeping track of the educational expenses and tuition you're paying." One prime way to maximize the education credits is to accelerate payment of tuition and other related expenses in the current year. That way, you'll have more to claim and can enjoy the credit at a higher level come tax time.

Since circumstances change from year to year, it's also worth revisiting credit and deduction opportunities regularly to see what you qualify for, particularly if you've gotten married, had a baby, moved or your income level has dropped. Contrary to popular belief, seeking the assistance of a tax professional can help people of all financial persuasions. "Tax planning isn't just something you do if you're in a high income tax bracket," says Erb. "If you make $20,000 a year your AGI is lower, so you only have to pay $2,000 in medical expenses to qualify for that credit."

The bottom line of maximizing tax return potential? Keep meticulous records and educate yourself or enlist the assistance of someone who's well-versed in the tax arena. What have you got to lose? Certainly not money!