What are dependency exemptions? 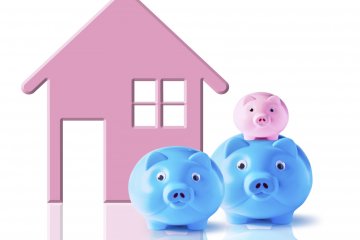 Dependency exemptions may sound like a way for us to get a mulligan on all those times when our compulsions impacted our income. Maybe it's those daily $4 white chocolate mochas, the 15 pairs of red heels or all those bottles of top-shelf liquors. No judgment, pal: Just call it a dependency exemption.

Sadly, to the IRS – who would probably welcome some more candid tax returns – dependency exemptions aren't designed for spilling secrets about our more covert spending habits. They're simply a way to get a bit of a write-off for those who rely on you financially. The most obvious example is kids you're raising.

The government knows raising children is a huge expense in terms of both time and money, and that's why claiming dependents gets you a big break on your tax return. In 2014, you can subtract $3,950 for each dependent from your adjusted gross income, or AGI.

This of course sounds fantastic – it lowers your AGI, so your taxes or lower, too. So, why not claim your husband as a dependent, your kids, your dog or your ne'er-do-well younger brother? You could shrink your AGI to nothing!

Well ... not quite. The IRS also knows that dependency exemptions are pretty sweet, so they've created some tight rules and regulations to make sure that only actual, human dependents – not animals or hangers-on – can be claimed. The rules are detailed, but they can be broken into two broad categories: qualifying children or qualifying relatives.

This is a really basic outline of who can and can't be claimed as a dependent. If you're trying to add a complicated dependent (anyone who isn't your child, basically), you're going to run into a lot of strict requirements.