How does bankruptcy affect your tax return? 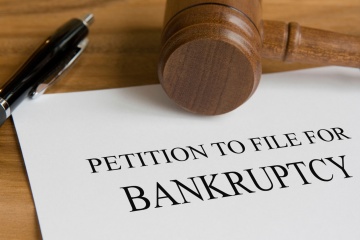 One thing is certain: Filing bankruptcy doesn't excuse you from filing your tax return.
©iStock/Thinkstock

No one wants to go bankrupt. Yet, each year, thousands of people in the U.S. file for federal bankruptcy protection. In the 12-month period between June 30, 2013 and June 30, 2014, U.S. bankruptcy courts processed more than 1 million cases. The majority of these -- 970,000 -- were nonbusiness filings -- in other words, individuals [sources: U.S. Bankruptcy Courts].

When a person files for bankruptcy, what they hope to do is eliminate, or repay, some or all of their debits under the protection of a court. There are generally two types of bankruptcy filings: Chapter 7 and Chapter 13. If you file for Chapter 7, a bankruptcy trustee will sell, or liquidate, your property to pay back some of the money you owe. However, under Chapter 7, you are allowed to protect some of your property. Also under Chapter 7, most of your unsecured debt, such as what you owe on credit cards, can be eliminated. However, you can continue to pay your car loans, mortgages and other secured debt or have the creditor take possession of your property. However, some types of secured debt can be erased [sources: Sevcenko, Michon].

Under Chapter 13, you can keep your property, but you must make monthly payments to repay a part or all of your debt. That will stave off any repossession or foreclosure. Past due amounts can be made up over time [source: Michon].

If a court grants your bankruptcy, you still have to file your income tax form or request an extension. If you don't, the court can dismiss your bankruptcy case. If a creditor forgives your debt as part of your bankruptcy proceedings, the debt is not considered taxable income, though a creditor might send you a 1099 form. If that happens, give it to a tax professional who can deal with it on your return. Your go-to tax pro can file a 982 form alerting the government that a bankruptcy court discharged the debt [source: Sasser Law Firm, Sevcenko].

What happens if you file for bankruptcy and owe taxes? Do you have to pay it back as part of your bankruptcy agreement? If you owe the government money, not all of your tax debt can be erased. Child support, student loans, court fines, penalties and such still have to be repaid. If the Internal Revenue Service is auditing you, don't think for a moment that your bankruptcy will keep tax collectors at bay. However, a bankruptcy filing will stop the government from collecting taxes you might owe until the bankruptcy is discharged [sources: Sasser Law Firm].

Will you still get a refund? In general, if you're due a refund, that's considered an asset. Under Chapter 7 the money can be used to pay your creditors. However, you can keep your full refund if you receive one the year after the bankruptcy. For those who file Chapter 13, your income tax refund is considered disposable income, which you can use to pay your monthly debt obligation to your creditors [source: Sasser Law Firm].