How do depreciation and amortization affect your taxes? 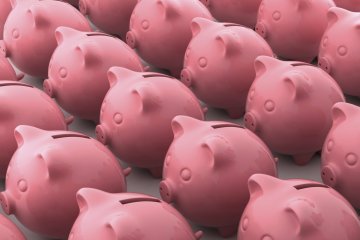 Amortization and depreciation: chopping up your tax benefit into smaller parts, spread over years.
oorka/iStockphoto/ThinkStock

Depreciation and amortization are used quite frequently on tax returns, and they can prove quite helpful when trying to reduce the income you're reporting. And while each is applied to different kinds of expenses, their functions are pretty similar.

Let's start with depreciation, which you'll want to use if you're writing off tangible assets. "Tangible" just means you can physically get your hands on the asset – say, for example, a fancy new copier you bought for your home office.

Although there is a way you can write off the cost of that copier in one year (called a Section 179 deduction), you might want to write the cost off over the course of several years instead. If your $2,000 copier has a "useful life" of five years, you can basically write off one-fifth of the cost every year for five years. That money will be subtracted from your reported income, which could save you money by lowering your taxable income. A terrific plan, if you'd like to keep the tax relief coming for a few years.

Amortization works pretty much the same way, except that it's depreciating intangible assets. These are assets that exist, but you can't really touch them – like writing off the cost it took to get a copyright or patent.

Let's use a patent as an example. If you invent a new widget or gizmo, you'll be granted a design patent. Those patents last 14 years [source: USPTO]. That means that you can gradually claim the cost of the patent over the course of those 14 years [source: Bragg], once again spreading your tax relief out over a longer period of time.

In the same way as depreciation, you're helping to lower your taxes by lowering your income. Although even that can vary: If you're self-employed, for instance, reducing your profit from a business might go even further and reduce your self-employment tax as well.

Lots More Information: How do depreciation and amortization affect your taxes?