by Garth Sundem
Prev NEXT
3 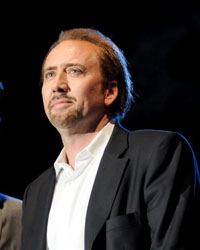 Who hasn't deducted expenses for office supplies and then ended up using one of the pens on their home calendar? Deducting personal expenses was the charge against Nicolas Cage in 2007 -- $600,000 worth of them. (Apparently it was more than Bics.)

But in 2009, it got worse -- almost exactly 10 times worse -- when the IRS slapped a $6.2 million back taxes fee on Cage for failure to pay taxes on the $24 million in acting fees he made on the movies "Ghost Rider" and "Grindhouse" [source: Huffington Post]. (Yes, Cage made $24 million on back-to-back flops.)

In his defense, Cage did the legal equivalent of smiling, shrugging and apologizing for his accountants' mistakes, of which he had no knowledge. People magazine quotes Cage accusing his business manager of "lining his own pockets with several million dollars of business management fees, while sending Cage down a path toward financial ruin."