by Garth Sundem
Prev NEXT
4 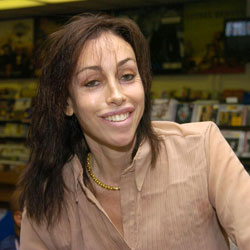 After being released from prison, Heidi Fleiss opened her own laundromat.
Mark Sullivan/WireImage/Getty Images

When an independent vendor is paid for services, he, she or it is required to file a 1099-Misc describing any monies earned so the IRS can take its cut. For example, if a man we'll call "John" paid one of Heidi Fleiss' "employees" money for "services," as the business owner or "madam," Ms. Fleiss would be required to report the income to the IRS. But rather than pushing the recommended pencil (as it were), Fleiss laundered her under-the-covers income through her family's bank accounts and paid cash for a $1.6 million Beverly Hills estate [source: New York Times].

Legal troubles put the plan on hold, and instead, Fleiss opened a coin-operated laundry.