by Garth Sundem
Prev NEXT
7 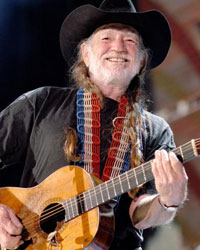 Willie Nelson, show here in Ohio in 2003, went on tour to pay back some of the taxes he owed.
Paul Natkin/WireImage/Getty Images

By the mid 1980s, Willie Nelson was no stranger to charity events. He had established the Farm Aid concerts in 1985 and can be heard singing the second verse of "We Are The World" with Dionne Warwick and Al Jarreau. But it was in the early 1990s that the multiplatinum singer found himself putting out the hat for a cause a little more personal: himself.

In 1990, the IRS presented The Red-Headed Stranger (aka the Ambassador to Weedville, aka Shotgun Willie) with a $16.7 million bill for back taxes [source: CNN]. It turns out that while Nelson had been on the road again, his accountants hadn't paid his taxes for many, many years.

Nelson released an album titled "The IRS Tapes: Who Will Buy My Memories?" and auctioned off most of the possessions the IRS didn't sell for him (many of which his friends bought and later returned).