by Garth Sundem
Prev NEXT
9 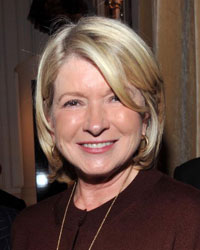 After her release from prison, Martha Stewart quickly put her empire back together.
Henry S. Dziekan III/Getty Images

Following Helmsley with Stewart might seems like visiting a koala after the grizzly, but Stewart has something Helmsley doesn't: a high-profile felony conviction for something in addition to tax evasion. Sure, Stewart failed to pay taxes on her New York home to the sum of $220,000, claiming that because she didn't spend much time there, she shouldn't owe taxes on it (similar to claiming you don't owe taxes on your stock portfolio because you don't check it very often)[source: Woman's Day].

But the financial feather in Stewart's judicial cap that Helmsley lacks is lying to federal investigators. Stewart claimed that she had a deal with the pharmaceutical company ImClone Systems to sell her shares of stock if the price ever dropped below $60. In fact, she had no such deal, and she sold 4,000 shares of ImClone stock worth $228,000 the day before the company announced its promising anti-cancer drug was not approved by the FDA [source: Washington Post].

Was it insider trading? The feds couldn't prove it. But they could prove that Stewart lied during the investigation. After 18 months in jail (at the same lock-up as Helsmley, coincidentally) and a forced rebuilding of her entire brand image, Stewart's $220,000 bill for back taxes looks like a parking ticket.