by Garth Sundem
Prev NEXT
1 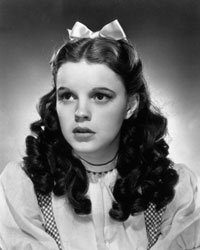 Best known for her role as Dorothy Gale, Judy Garland unfortunately spent more than she could pay and ran into serious tax troubles.
MGM Studios/Getty Images

"If happy little bluebirds fly, why, oh why, can't I," sang Judy Garland in a refrain that could be her epitaph. It was a long 15 years for Judy Garland between the "Wizard of Oz" and her 1954 remake of the musical "A Star is Born".

The critics loved the remake, and Garland looked headed for resurgence after personal and professional problems, including a drug habit and multiple husbands. Then the studio cut half an hour of footage so theaters could fit in five or six showings in a day instead of three or four. The cuts were an obvious sellout and the critics revolted, panning the new cut and dooming the film to the circle of Dante's Inferno reserved for big-time flops like "Waterworld" and "All the King's Men".

Unfortunately, Garland had spent as if she was a star again, and when the tax bill came due she simply couldn't pay. She repeated the financial mistake when it looked as if she'd dug her way out of debt with a weekly TV show deemed "the biggest talent deal in TV history," only to have the show cancelled after one season.

Eventually the IRS foreclosed on her home, and Garland spent years traveling from hotel to hotel before dying of an accidental drug overdose in 1969. The children she left behind include actress Liza Minelli.