How to Protect Banking Information on Your Computer

Tools to Help You Protect Your Online Banking 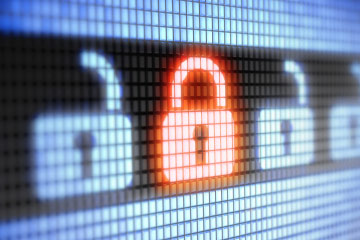 Many browsers display a locked padlock icon to show you that the site you're on is indeed secure. Check for this icon and a URL beginning with "https" before handing over your information.
©iStockphoto.com/PashaIgnatov

Are you one of the growing group of people who love the convenience of online transactions? Or are you among those who still aren't convinced it's a safe thing to do? Security of your banking information online is one of the most pervasive reasons people prefer cash, but it's getting more and more difficult to conduct business outside of your own neighborhood without giving in to the pressure to go digital.

In the constant battle with cybercriminals, there are some new weapons in the consumer's arsenal you might want to take a look at.

Besides using up-to-date browsers, which offer better encryption of secure transactions, a new push for something called federated identity is taking shape. Spearheaded by the National Institute for Standards and Technology, this plan would have you sign on once securely, and then use those credentials to move from one account to another without the need to log in a multitude of times. Because this approach requires participating entities to use standardized practices to function properly, the technology and protocols are not quite mature. Watch for it to gain momentum in the next year or two.

Another technique is to use single-use passwords, which change automatically every time you use them. Sounds like a pain, doesn't it? It's not quite as bad as it sounds, but like all new things, it takes a little getting used to. It requires that users have a random password generator similar to the ones that have been used for corporate security for years.

Not quite as confusing as an ever-changing password is something called out-of-band verification, which is a fancy way of saying you'll be getting a phone call or text message to confirm a transaction. That makes it a lot more complicated for any criminal to get away with your money undetected.

And don't forget about password managers. Using a single high-quality password is digital suicide and could open you up to identity theft. Find a password manager that fits your lifestyle. Stand-alone versions install on your personal computer and can even fill in forms for you. Others, like LastPass (freeware) and RoboForm, offer cloud-based and mobile password management services.

Expect to shell out $20-30 for a decent password manager. That's a small price to pay, considering what you're securing, but this security could haunt you if you forget your single password for the password manager itself.

Your banking information is precious. Taking the time and effort to protect it will save you a world of trouble and potentially serious financial losses in the future.