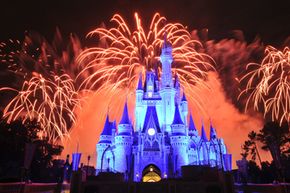 From the moment Walt Disney opened his Disneyland resort in Anaheim, Calif., in July 1955 it was a soaring success. By the 1960s, Disney was looking for a second location to build an even more ambitious theme park that would draw visitors from the length of the populous East Coast. On an airplane tour over Central Florida, Disney set his sights on 27,000 acres (11,000 hectares) of swampland near the sleepy town of Orlando.

In 1965, real estate in this waterlogged stretch of Florida was selling for $180 an acre, roughly $1,300 in 2013 dollars [source: History]. But imagine how much that price would have spiked if Walt Disney, one of the wealthiest and most successful men in the world at the time, came knocking at the door. To avoid a speculative boom in real estate prices, Disney decided to hide his identity by purchasing the land through several trusts.

A land trust is a private legal contract in which the owner of real estate transfers the title of the property to a trustee. The property owner retains all rights to the property — to build, rent, sell or transfer to heirs — but has the luxury of remaining anonymous. In Disney's case, the Florida swampland that would become the multibillion-dollar empire of Walt Disney World was purchased by nameless, faceless trusts [source: Disney Park History].

Land trusts of this type are called "Illinois Land Trusts," because the first such contracts were drawn up by railroad tycoons, businessmen and politicians in 19th-century Chicago. Some of the early beneficiaries were people wanting to buy up Chicago real estate without jeopardizing their political posts as city aldermen, since they were not allowed to vote on city building projects if they owned any nearby lands [source: Exeter].

So, how do you create a land trust?

What Is a Land Trust?

A real estate land trust is just one of many varieties of trusts. A trust, in legal terms, is any arrangement in which one party holds property for another party's benefit. The property owner never gives up control of the assets — cash, stocks, bonds, real estate — but the trustee becomes the owner for legal purposes.

The function of all trusts is to shield the asset owner from certain legal proceedings and tax exposure. A wealthy couple might create a trust to shield some of their assets from estate tax when they die. In the case of real estate land trusts, the trust greatly simplifies the process of passing on the real estate to heirs or new owners. A trust can be either irrevocable — where the trust arrangement cannot be canceled — or revocable, meaning it can be dissolved at any time. There are four necessary parties to every trust agreement [source: West's Encyclopedia of American Law]:

Let's use a hypothetical example of a real estate land trust. John Smith and four of his business partners own an apartment building. They decide to transfer the property into a land trust. They choose a law firm to act as the trustee. Since John and his business partners earn rental income through the apartment building, they are also the beneficiaries of the trust.

Pros and Cons of Land Trusts

To understand the legal benefits of a real estate land trust, let's continue to use the example of John Smith and his business partners, who created a land trust to hold the title to an apartment building they own in Chicago.

The first benefit of real estate land trusts is privacy. Once the title to the apartment building is transferred into a trust, the names of John and his business partners cannot be disclosed without a court order [source: Murray]. One advantage of remaining anonymous is to avoid litigation. If people think that John is fabulously wealthy, they might dream up frivolous lawsuits against him [source: Asset Protection Planners]. But if John's name is not on any public real estate records, he's less of a potential target.

Another benefit of land trusts is that multiple owners of a property aren't punished by legal judgments against only one of them. If John didn't have a land trust, and one of his business partners was sued by his creditors, then the creditor could place a lien on the title to the apartment building. That would be damaging to John and the rest of the property owners. With a trust, however, the apartment building is shielded from legal actions against one of the other owners [source: Chicago Title].

Another major advantage of a real estate land trust is what lawyers call "ease of conveyance." In other words, it's easy to transfer ownership of the property to heirs without involving lawyers or courts. Usually when someone dies, their will has to be approved and their assets appraised through a costly legal process called probate. Probate can also involve payment of back taxes and debts [source: Nolo]. With a trust, the property owners create a succession plan that names new beneficiaries upon death. Since the trust itself never "dies," no probate is required.

A potential disadvantage of land trusts is the false belief that the trust protects property owners from all liability. Even in Illinois, where the modern real estate land trust was born, courts have ruled that the real property owner, not the trustee, is liable in cases dealing with the direct management of the property [source: Murray]. It's also dangerous to think that a land trust offers bulletproof privacy. A court can order full disclosure of property ownership for any number of civil and criminal complaints. The legalities of land trusts are highly complex and differ state by state, so it's critical to obtain the counsel of a reputable trust lawyer.

Lastly, it's wrong to think that trusts don't pay taxes. The IRS requires all trusts, including land trusts to file Form 1041 [source: IRS]

Real estate land trusts are not the only kind of land trusts. On the next page we'll explain how nonprofit organizations use land trusts to promote environmental conservation and affordable housing. 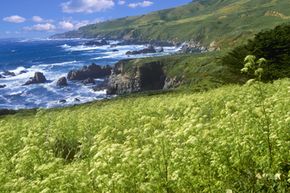 A shot of the Big Sur coastline in California. The Nature Conservancy has protected part of this area through a conservation land trust so future generations can enjoy it.
© Jean-Pierre Lescourret/Corbis

One of the most popular methods for protecting private land is through a conservation easement. In a way, an easement is similar to the contractual relationship in a real estate land trust. With an easement, a property owner either sells or donates a portion of her land to a conservation land trust. Together, the owner and trustee draw up restrictions on how that land can be used. For example, it may be used for agriculture and recreation, but not real-estate development.

For the property owner, the advantage of a conservation easement is that she retains full property rights to the land. The benefit to the land trust is the ability to place more land under conservation, protecting it from future acquisition and possible exploitation. There are both large and small land trusts operating in every U.S. state and across the world.

As an added benefit, community land trusts sell their homes at affordable prices independent of market fluctuations [source: National Community Land Trust Network]. To buy a home in a community land trust, you must be able to cover your mortgage and upkeep costs, and you must also agree to sell the home for the same price that you paid in order to keep housing affordable.

Unlike real estate land trusts, community land trusts and conservation trusts are legal in all 50 states.

For lots more information about buying a home, investing in real estate and navigating the estate tax, check out the related links on the next page.

It's clear from my research for this article that not all land trusts are created equal. Real estate land trusts are designed to shield wealthy investors from litigation and taxes, and conservation and community trusts are dedicated to keeping the land healthy and housing affordable. Call me a hippie, but I'm cheering for the second camp. Interestingly, it seems that real estate land trusts are almost more trouble than they're worth. According to lawyers who write on the subject, there are plenty of unscrupulous shysters trying to convince property owners to place their assets in a trust, promising legalized tax evasion for the price of a simple contract. The truth is that real estate land trusts are only legal in a handful of states, and even then are subject to close scrutiny. There's no such thing as a free lunch, unless you count the meatloaf in the prison cafeteria. 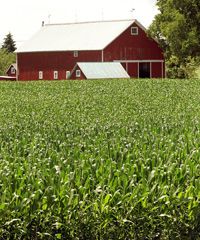 Up Next
How Real Estate Property Taxes Work
Explore More 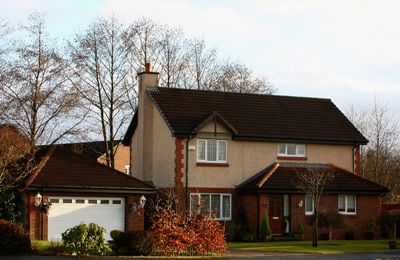 You May Like
How Estate Planning Works
Explore More 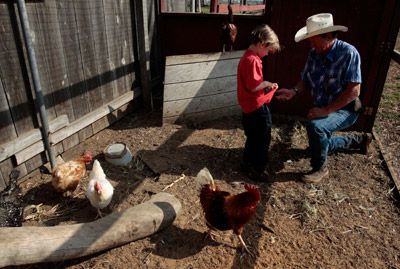