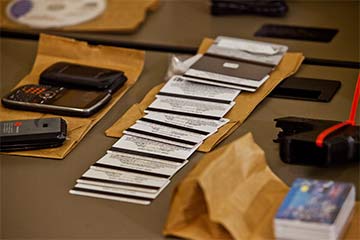 If you believe the hype and headlines, identity theft is a huge problem in America. Enterprising identity thieves are sifting through dumpsters looking for unshredded bank statements and sending you scam "phishing" emails to fool you into revealing your Social Security number. The truth is much less exciting. While identity theft undoubtedly exists, it's far less of a problem than the fearmongers would have us believe.

According to Javelin Research's annual Identity Fraud Report, only 3.6 percent of Americans were victims of identity fraud in 2013, and the majority of those cases involved stolen credit card numbers. In almost all instances, the victims resolved their cases without paying a cent for fraudulent purchases [source: Weston]. That's because credit card companies have sophisticated systems in place to flag unusual activity and block further purchases [source: Palmer].

So why do we hear so much about identity theft in the news and see ad after ad for "free" credit reports to protect ourselves from this phantom menace? It couldn't be money, could it? Nah!

Credit monitoring services would not have protected Target consumers from this massive security breach. They would not have even alerted victims to unusual activity on their credit cards, because such real-time information is not on a credit report. The only value of credit monitoring in a case like the Target hack would be to alert victims to new credit accounts opened in their name without their knowledge. That's why Target offered victims a free credit monitoring service as part of its compensation package [source: Blyskal].

Credit monitoring services can cost hundreds of dollars a year, but are they worth the investment? Critics say that with a minimum of diligence, you can monitor your own credit — and truly protect yourself from ID thieves — without spending a dime.

Let's start by looking at what credit monitoring companies claim to do and the potential impact on your financial security.