How are unsecured claims treated in bankruptcy? 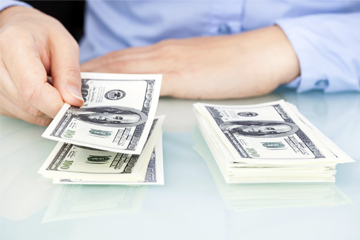 An unsecured claim is one with credit offered based on your future ability to pay.
AndreyPopov/Thinkstock

It was a difficult decision, but you've come to terms with it. After months of wading through overdue notices and watching your paychecks shrink, you've declared bankruptcy. But hitting the restart button on your financial affairs also launched a confusing process, one that has you struggling to understand how different types of debt are classified under the federal bankruptcy code. For example, unsecured debt -- also known as a "claim" -- is handled differently than secured debt.

An unsecured claim is one that isn't secured by collateral; the credit was offered to you based only on your future ability to pay. Or, you agreed to pay for services without also agreeing to put up collateral to receive those services. For instance, you may owe $10,000 in medical bills to a local hospital. While the hospital has a right to collect that money from you, it doesn't have a right to specific property you own. In other words, it can't repossess your car to pay your medical bills. Instead, the hospital must bill you for the balance and, essentially, hope that you pay. Other types of common unsecured debt include credit cards and personal loans [source: U.S. Courts].

By contrast, a secured claim refers to property that a creditor has the right to take away if you do not continue to pay what you owe in a timely manner, even if you have filed for bankruptcy. A car on which you owe the balance of a loan would fall into this category. There are certain exceptions, particularly regarding the ability to remain in your home, but even these exceptions require a repayment plan.

Claims such as child support and tax debts are unsecured priority claims, so they can't be discharged in a bankruptcy. Even after your bankruptcy is complete, you'll still need to pay these debts if there is a balance. However, under Chapter 13 you can set up a repayment plan that can last up to five years.

Unsecured claims that fall into the nonpriority category include the aforementioned credit card debt, personal loans, and medical debt. These types of claims are the last to be paid when your assets are sold to satisfy your debt during bankruptcy if you file Chapter 7. If you file Chapter 13 bankruptcy, these creditors may receive pennies on the dollar toward what you owe because the amount you pay depends on other factors such as your disposable income and nonexempt assets. In some cases, after your high-priority creditors are paid, the liquidation of your assets doesn't leave any money to pay nonpriority claims. Even so, these nonpriority unsecured claims are still discharged, which means you are no longer responsible for the debt [source: Bulkat].