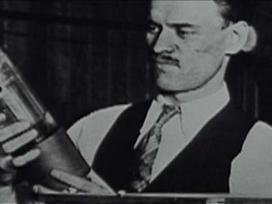 Curious about how television works in the first place? Check out our TV videos.
Discovery

After the Great Recession's double-dip, saving money doesn't carry a stigma like it did in the beginning of the new millennium. You remember, back when wallets were flush with cash and corporate bigwigs commissioned life-sized and liquor-filled ice sculptures of Michelangelo for birthday parties [source: Brady].

Today, it's not only fashionable to cut expenses -- it can be downright thrilling. Just think of all the other (much more exciting) things you could do with your money if you weren't using it to pay TV and Internet bills that rival your monthly mortgage payments. But if the thought of reaching for your DVR controller and coming up empty handed makes you break into a cold sweat, keep calm and read on. On the pages ahead we've collected 10 simple ways to cut your digital bills without forgoing your favorite things. 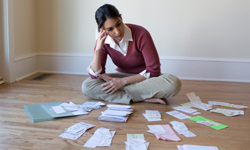 9: Scale Back All Your Services

If you'd like to lower your TV and Internet costs without giving up these services altogether, consider scaling back. One relatively painless way to do this is by canceling all the extras. Take a look at your cable bill, for example. If you are paying extra for HD programming, a DVR or a tier (or two) of premium channels, opting for basic cable could cut you bill in half.

You also can put money back in your pocket by downsizing your Internet service. If you're paying extra for the most bandwidth available, consider whether you really need it. If you're using your home Internet connection to send e-mails or update your Facebook page, you don't need a premium Internet speed [source: Sullivan].

8: Go to the Library 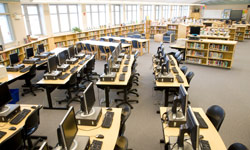 Whether you use the library's computers or tote your own laptop, keep your fellow library goers happy by bringing headphones.
Jetta Productions/Lifesize/Thinkstock

We're not suggesting that you forgo visual entertainment for the written word entirely, but you may be surprised to learn that you can rent e-books for e-readers from public libraries. Although you'll need to return the e-book just as you would if you borrowed a hard copy, the fledgling service is an ideal way to use an e-reader without the ongoing expense of e-book purchases.

The use of public libraries could, in fact, slash your digital entertainment bill to nil (as long as you don't chock up late fees, that is). You can browse the Internet there at no cost. And you can use your library card to check out free feature-length movies. And we're not talking low-budget docudramas, either. These DVDs are just as in-demand as those in the new-release section of your local Red Box. Most public libraries also carry entire seasons of popular television series, too [source: Mrs. Money].

If you're one of the 70 percent of tablet owners who use their tablets while watching TV several times a week or more, why not skip straight to using your tablet to actually watch TV [source: Nielsen]?

Thanks to a blossoming mobile market that as of 2011 has dropped prices to around $500 and under for most tablets, it's now financially feasible to trade television bills for a tablet with WiFi access. The average television subscriber pays about $75 a month for the service, which means that replacing your TV with a tablet will begin to pay off in about seven months [source: Pepitone]. Major networks like ABC and cable networks like HGTV offer free apps that iPad and Android-system owners can use to view their TV lineups. And with apps like Yahoo! Entertainment, which acts as a free channel guide, you don't have to worry about missing your favorite shows [source: Lakin]. 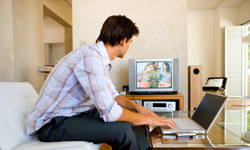 You're probably already watching things online. Why split your attention (and double your bills) by paying for TV and Internet when just Internet might do?
Jupiterimages/Pixland/Thinkstock

The key to giving your television bill the boot is to identify your favorite shows and then find alternative (but still legal) ways to view them. Entire seasons of sitcoms and dramas, as well as special-event broadcasts and made-for-TV movies, are available for free on network Web sites and Internet sites like Hulu.com. You can pay small fees to watch TV shows and movies with an Xbox, Wii, PS3, Roku or AppleTV, all of which use an Internet connection to stream programming. And Netflix and Amazon.com offer a library of movies and TV shows available for instant viewing with a paid membership [source: Gobel].

If you're a cable subscriber, investigate the possible savings you might gain by switching to satellite -- and vice versa. You can shop for budget providers by calling them directly or by visiting their Web sites to view promotional deals for new customers. It's also a good idea to check out Web sites that cull provider information and allow users to make comparisons between companies.

Unfortunately, it can be difficult to know what your actual bill will be after applicable taxes and fees are added on, so it may safeguard your potential savings to ask for a sample bill, or to discuss one-time or recurring taxes and fees, line by line [source: Hoak]. 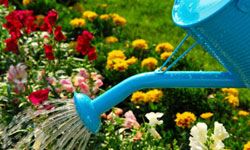 You might be surprised by what you can do (or grow) by cutting just a couple hours of television and Internet out of your week.
©iStockphoto.com/Elenathewise

For die-hard digital junkies, saving money may start with scheduled breaks. Try taking a digital sabbatical on weekends or banishing television viewing and Internet browsing for a certain period of time each evening. Although this weaning process may take time and persistence, it could prompt you to cancel or downsize pricey services in the long run. And it could even lead to other unexpected budget benefits.

When your television, DVR, television receiver box and computer aren't running, your home's electricity meter can take a breather, too. Without the influence of commercials and product placement, you may not know what new products you're missing -- or be tempted to buy them. Instead, you can trade your couch potato hours for time spent building relationships in real life or other healthy activities, such as exercising, completing DIY projects or getting more sleep [source: Freedman].

If you've compared the services and fees of several Internet and TV providers, you can possibly use this information to lower your rate -- even if you don't make a switch.

Sometimes, when you call your provider to cancel, you'll be offered a promotional rate that can slash your bill by one-third for as long as three to six months. Although it's not always necessary, it can go a long way to be kind to the customer service representative on the other end of the line. It also helps to show that you've done your homework. Be ready to cite other providers by name, as well as their subscriber fees, and know what promotional offers your current provider is offering to new customers. If there isn't a money-saving promotion at the moment, be sure to check again in a few weeks. Some subscriber services offer quarterly promotions [source: Miller]. 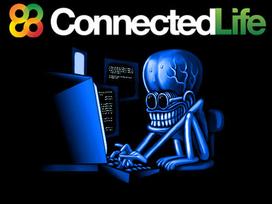 If you're using a wireless Internet connection, make sure your information is protected. See how in these wireless security videos.
Media 2O Productions

One surefire way to lower your Internet bill is to cancel your service, but that doesn't mean you have to give up Internet entirely. Instead, trade pricey Internet service for free WiFi by using your laptop, tablet or smartphone at locations that offer complimentary high-speed Internet.

Most coffee shops, libraries and airports, many hotel lobbies and some restaurants offer free WiFi. You can locate a WiFi hotspot near you by using online directories like WiFi Free Spot or Open WiFi Spots [source: Hunt]. Browsing the Internet at free hotspots can cut your television service bill, too, especially if you can use the connection to watch the shows you'd normally view on TV.

However, free WiFi does have its limitations. The connection may be slower than you're used to because so many others are connected to it. Also, you wouldn't want to do your online banking at Starbucks or transmit other personal information via public WiFi. Plus, you might spend more on coffee than you would have spent on your Internet bill in the first place.

We're probably not alone in admitting that the temptation to overindulge at a Vegas-style buffet sometimes gets the best of us. After all, paying a flat rate for a meal doesn't exactly encourage us to skimp on portions. The same can be true of paid television services. The blanket rate we dish out every month is the same, whether we watch six hours a day or six hours a week [source: Knight].

Although it may seem counterintuitive at first, canceling your television services and opting to pay for each television show or movie à la carte could save you money. Deciding to pony up a few bucks to download your favorite episodes from iTunes or order them using a media player like TiVo could cost less than your cable bill. If, for example, you watch 25 shows a month at $2 an episode, it will slash your $100 television service cost by half. However, it's a good idea first to estimate how many shows you would purchase, or to set a daily, weekly or monthly limit. If you view without limit, the expense could really add up. Add in a little self-control, though, and you could pad your wallet with some extra cash -- or spend it on a custom ice sculpture for your next party. We won't judge.