Life in the Peace Corps 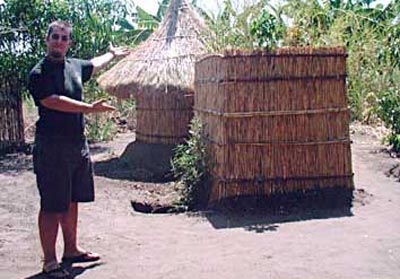 Peace Corps volunteers encounter a wide variety of living circumstances during their time in their host country. The stipend provided to volunteers generally allows them a standard of living higher than that of the people around them (the basis for some criticism of the Corps). Most volunteers have their own home, though some choose to live with a host family. While conditions will certainly not approach those in the United States, life in a developing country is rarely as primitive as many people envision. Thatched huts are the exception - poor towns with no municipal water supply or isolated farming communities are far more common. Some volunteers may have stable electricity and running water, while for others such services will be intermittent at best. Volunteers may be placed in (or can choose to go to) places completely without electricity and running water.

Day-to-day life in the Peace Corps is often very open-ended. Volunteers are set loose to accomplish their project goals with very little supervision. If they are part of an education program, their work hours will be dictated by school schedules, but many volunteers set their own hours. Interacting with people from the host country socially is considered a key part of the Peace Corps' mission.

It's possible to receive packages and letters from home. However, unreliable mail systems in developing countries mean some packages go missing or arrive pilfered by corrupt mail workers. All mail takes rather a long time to arrive -- volunteers should have their families start sending them letters and packages before they even leave the United States so they will get some mail in the first few months.

Volunteers do have the opportunity to travel at their own expense, visiting capital cities or other volunteers in nearby towns. They can receive visitors from home, also at their own expense. Getting around is usually accomplished via mountain bike -- volunteers are trained in repair and maintenance. A few receive motorbikes instead.

One of the most difficult parts of the Peace Corps experience for many volunteers is readjusting to life in the United States when they return. However, being in the Peace Corps provides returning volunteers with several advantages in the job market. Having Peace Corps experience on a resume is almost always beneficial. Former volunteers also have an inside track on jobs with the federal government, allowing them access to unpublished internal promotion jobs and non-competitive access to other jobs (meaning they are given a higher hiring priority than a non-Peace Corps job applicant, even one with better qualifications).