Why Have an IPO? 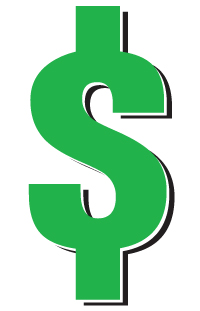 In the business world, there are as many reasons to raise money as you yourself might have. Think of a few of the reasons you might want to raise $1,000 -- to take a vacation, to pay for important surgery, to make repairs on your house, to invest in a business, or just to buy something you want. Businesses aren't that different, but they operate on a larger scale, and they have different needs and plans that require money. Some of more common reasons that a company might need money, or capital, include:

The first two reasons are fairly obvious. Examples could include a bakery that is losing its share of the marketplace because of the low-carb fad. It could have an IPO to raise capital and buy the equipment it needs to make low-carb products and stay competitive. Or imagine a trucking company that is successful shipping along the west coast of the United States -- if it wants to expand its shipping into the Midwest and southwest, it'll need to buy more trucks, hire more drivers, and lease more warehouse space. An IPO could pay for all of these things.

Using an IPO to repay debts makes a lot of sense if a large portion of the company's initial investment came from a bank loan. Every month, the company's profits are eroded by the interest it has to pay on that loan. There's no interest to pay on the money raised from an IPO; the company can use that money to repay the loan, and that profit-shrinking interest comes right off the balance sheet.

The last two reasons for having an IPO are closely related. When a company is privately owned, the founders, certain members of the management team (or all the employees, depending on the company) and private investors who helped fund the company all hold shares in the company. Those shares will have little value since they aren't publicly traded. After the company's IPO, those shares can increase in value by a huge margin. In short, anyone who has a lot of those shares could become very rich by selling them.

So what is an exit strategy? Not everyone who starts a business wants to run it forever. Some business owners may just want to get the business going, make it profitable, and then sell their share in the company and move on. Some people do it because they enjoy the challenge of starting new companies. Some just want to get rich and then retire or repeat the process and get richer still. Either way, having an IPO can drastically increase the company's value and make it easier to sell a share in the company.