The Pros and Cons of a Free Market 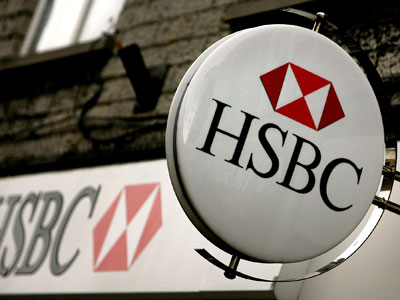 Well-diversified British bank HSBC posted a profit increase during the 2008 economic crisis. Should it survive the recession, HSBC will have proven itself an asset to the market. See more recession pictures.
Matt Cardy/Getty Images

Essentially, capitalism is a free market system of trade, governed exclusively on the economic principle of supply and demand and maintained through competition. Consumers and businesses form a relationship that ultimately determines the cost of a good or service and the health of the market. If demand is up and supply can adequately satisfy it, then the market is strong. Lots of people have money to buy new things, more new things are produced and sold, and wealth is generated. This wealth is then dispersed throughout the society, all strata of which ultimately benefit: Companies require labor in boom times, thus increasing employment; taxes paid on that wealth end up funding government social programs for the poor.

If a market hits a bump in the road -- for example, through a stock market crash or a housing slump -- demand decreases. Less wealth is generated, employment decreases and ultimately, the poorer classes suffer most. This is the stickiest aspect of capitalism; it's highly Darwinian in nature. Companies unfit to operate (and inherently taxing to the capitalist system) won't weather an economic downturn. Those that can make it through a recession -- which is simply a decline in economic progress -- have ultimately proven that they're an asset to the economy.

This is how the market corrects itself. A recession strips away bad assets, whether in the form of a poorly designed security or a badly managed business. Those remaining should be strong enough to rebuild the market. After a recession ends, the process will begin again.

So it's natural that capitalism fosters competition. In "The Wealth of Nations," economist Adam Smith, regarded as the father of capitalist theory, laid out how capitalism inherently protects members of a society. When supply outpaces demand, companies compete to offer the lowest price to consumers, who benefit from the competition [source: Smith].

But a competitive marketplace also encourages companies to do everything in their power to maximize profits. Companies seek to achieve monopolies -- sole control of a good or service, wherein prices are set by the company rather than market demands. Wages are set as low as laborers will tolerate. Steps to ensure consumer protections such as safety and quality should be taken only insofar as they attract a customer base. Capitalism itself is often criticized as an amoral system, since it prizes the self above others [source: Greider].

Smith pointed to built-in checks and balances of the capitalist system that are meant to prevent abuse. For example, higher wages mean a laborer can afford to properly feed himself or herself. In Smith's words, "[a] plentiful subsistence increases the bodily strength of the laborer" [source: Smith]. So a company that pays more than average wages will create a stronger workforce and increase its productivity, giving it a competitive edge in the marketplace.

When Smith's capitalist theory was put into practice in the nascent United States, these natural checks and balances didn't always emerge. As a result, the federal government has enacted forced checks and balances to counteract the weight produced by unfettered competition. What has emerged is a hybridized version of a free market. ­