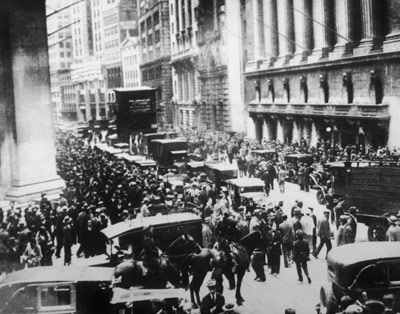 In 1929, a stock market crash caused the Dow Jones index -- one of the main indices used to evaluate the health of the American economy -- to lose nearly 12 percent of its value in one day [source: New York Times]. From Black Tuesday, Oct. 29, 1929, to Nov. 13, 1929, $30 billion simply vanished from the United States economy due to falling stock prices [source: University of Wisconsin].

Stock prices are based on the perceived value of the company or investment they represent. Much of the American economy is based on the wealth bought and sold on Wall Street. So when stock prices fall across the board, the economy falters, too.

Some historians think that a crash in the Florida real estate market was one of the factors that led to the crash of 1929 and the Great Depression that followed [source: India Daily]. In 1987, another stock market crash caused the Dow to drop 508 points in one day -- a loss of 22.6 percent of value [source: New York Times]. This crash is thought to have been generated by a weak dollar and a sudden fleeing of foreign investors [source: Reuters]. In 2000, the stock market crashed again when the dot-com bubble burst and highly inflated Internet and tech companies lost their value all at once. The total amount of value that tech companies lost that year came to an estimated $800 billion [source: CNN].

In 2007 and 2008, the American economy found itself once again teetering on the edge of another economic slide. This time, the economy was brought to the brink by something called the subprime mortgage. The federal government has made several efforts to keep the markets from falling. But despite the government's efforts to prevent another stock market crash, in theory, a free market society isn't supposed to have any intervention in its economy. How bad would things have to get for the government to step in? Find out on the next page. 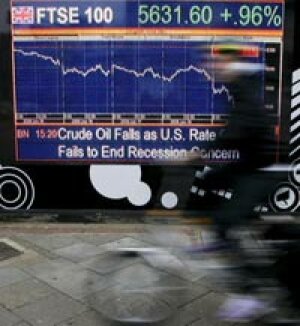