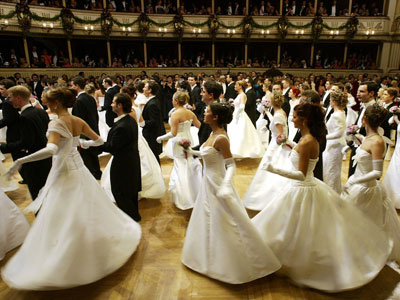 Debutantes glide across the floor at the Vienna Opera Ball in February 2004. Junior League began with a debutante's hopeful vision for a better society.
Sean Gallup/Getty Images

It may seem like the stuff of legend, but high-society young women of marriageable age used to be presented at court so that the king and any interested parties could have a good look at them. The occasion was highly formal, and it was an opportunity for matchmaking and a chance for the young elite to show off a bit. Since everyone likes an excuse to dress up for a fancy evening, this tradition of debuting young women (hence the term "debutante") carried over to the United States, especially the aristocratic South. Up until the second half of the 20th century, any member of the upper class who hit 16 was guaranteed a fancy introduction to society in the form of a debutante ball or a cotillion. Salad plates were chilled, white gloves were donned and when people burped, they did it as quietly as possible.

Debutante balls are still fairly common in the United States today, but the tenor of the occasion has changed. Though they may conjure up images of tiaras and Scarlett O'Hara, the balls are now more likely to be charity events (and hardly anybody gets married off afterward).

What does this have to do with the Association of Junior Leagues International (AJLI)? Debutantes are the ones who founded it. A little more than 100 years ago, a group of young women from privileged backgrounds parlayed their status and education into public service. They called their organization the Junior League, in reference to the members' young ages. Their dedication to public service lives on in the form of the AJLI, a women's volunteer network that grew from a group of dedicated New England debutantes into an international volunteer organization with chapters in the United States, Canada, Mexico and Great Britain.

On the next page we'll take a look at what the Junior League is all about and what makes the organization unique. 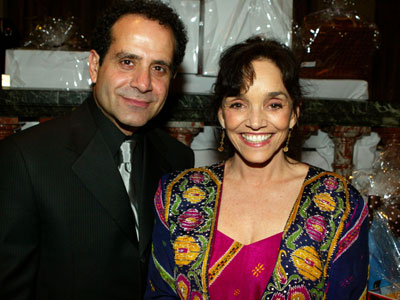 History of the Junior League

The Junior League began with a young debutante named Mary Harriman. Harriman, a student at Barnard College and the daughter of railroad tycoon E.H. Harriman, was frustrated with the limited scope of hospital and church volunteer work available to her. The story goes that the price of her coming-out gown so horrified her that by way of atonement, she gathered a group of friends to go out and work among the poor [source: Mitchell]. She was only 19 when she founded the Junior League for the Promotion of Settlement Movements, an organization comprised of 80 young women who dedicated themselves to improving the living conditions for immigrants in the slums of Manhattan's Lower East Side. Harriman was inspired by the Cowley Fathers, an Anglican order that emphasized service to the poor. She believed that women of her status and education could donate their money as well as their time and skills to create better communities.

The movement blossomed quickly, and affiliated debutante volunteer societies began to pop up all over the Northeast. In 1907, the Boston Junior League was formed, and three years later, a Brooklyn Junior League sprang up. By 1920, there were 27 Junior Leagues, including the Junior League of Montreal.

During the next 20 years, Harriman and her fellow debutantes expanded operations both within and outside of New York City. As the league grew, its mission evolved to include more diverse forms of community action. In the 1910s, for instance, the Brooklyn Junior League managed to convince the local board of education to provide free lunches in schools. And during the Great Depression, Junior Leaguers set up a service infrastructure that included nutrition centers, child care and education facilities for impoverished mothers. They also established training and recruitment facilities to round up more volunteers. Famous members included Katharine Hepburn, Shirley Temple and Eleanor Roosevelt, who was an old friend of Harriman's.

Junior Leagues were instrumental not only in setting up volunteer projects themselves, but also by serving as a volunteer network that could be tapped for help in various U.S. cities. At the beginning of World War II, there were 144 Junior Leagues in all, with Junior League members at the head of hundreds of civilian war effort organizations, running savings bonds drives and providing volunteer staff for the Red Cross and civil defense groups.

How about now? Turn the page to find out what the Junior League is up to today.

Mary Harriman's life didn't begin and end with the Junior League. In 1899, she accompanied her father on the famous Harriman Expedition, a scientific mission to collect plant and animal specimens from previously unexplored areas of the Alaskan coast. Like many Americans before World War II, she was also an enthusiastic proponent of eugenics, the school of thought that believes mankind can improve itself by weeding out undesirable elements. After Harriman's graduation from Barnard College (where she was nicknamed "Eugenia"), she conducted eugenics experiments on the family estate's cattle stock. 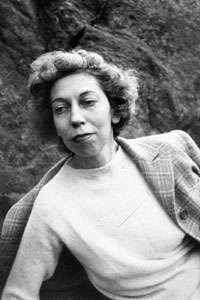 After World War II, the Association of Junior Leagues International (AJLI) began working harder than ever for child welfare, an issue that has been at the forefront of league activities for the past 60 years. AJLI opened remedial reading centers during the 1950s, and Junior League-led advocacy groups were some of the earliest promoters of educational programming for children. In the 1960s the AJLI also turned its attention to environmentalism, producing and distributing a film called "Fate of a River" to raise awareness about water pollution.

Other projects since then include Woman to Woman, a support program for women with alcoholism; the Comité Internacional Pro Ciegos, a school in Mexico City for the blind; and the Don't Wait to Vaccinate campaign for early childhood immunizations. During the 1970s and 1980s, the Junior League also helped pass legislation to improve child welfare programs and to confront domestic violence. In 2006, 225 Junior League chapters launched the Kids in the Kitchen initiative, a program designed to fight the growing epidemic of childhood obesity.

The AJLI's work hasn't gone unnoticed. The women were awarded the U.S. President's Volunteer Action Award in 1989 and the American Legion Auxiliary Award in 1995, as well as dozens of other honors for a diverse range of programs from civic magazine publication to supporting Hospital Hospitality Houses. Famous members of the last half of the 20th century include former first ladies Betty Ford, Nancy Reagan and Barbara and Laura Bush, U.S. Supreme Court Justice Sandra Day O'Connor and Pulitzer Prize-winning author Eudora Welty.

The makeup of today's AJLI is also changing. Lately, the AJLI has been aggressively recruiting a more diverse group of women for membership. High-society refinement remains a trademark of the organization, but as the group becomes more diverse, the tightly knit social aspects of the Junior League are transforming into a powerful networking tool, one that will become increasingly useful in the league's future.