How Volunteers of America Works 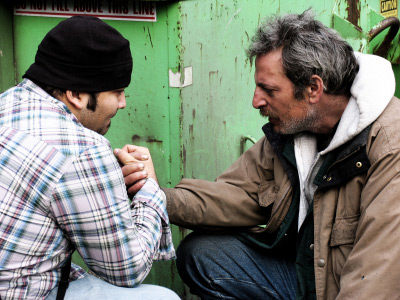 Everyone could use some support now and then, and some people need more help than others do. You never know when a crisis is going to hit or you're going to need help caring for yourself or a loved one. Organizations like Volunteers of America are dedicated to pitching in when people fall through the cracks. With its long history and Christian-based goals, Volunteers of America is a trusted, respected and hardworking nonprofit that's ready and willing to help people rebuild their lives and unlock their full potential.

Volunteers of America helps more than 2 million people in 44 states. The organization works primarily with the elderly, at-risk youth, former prisoners, addicts, disabled people and the homeless. Its members believe in seeking out the "most vulnerable" groups and helping them find hope and success. And in this time of Internet scams and charity dishonesty, Volunteers of America maintains an excellent track record for fund distribution. Eighty-eight cents of every donated dollar goes straight to the cause [source: Volunteers of America]. So if you can't volunteer for the group, you can rest assured knowing your monetary donation is being used wisely.

It's not always easy to find a volunteer match that's right for you. With its community outreach programs, Volunteers of America gives you the opportunity to see instant, truly needed results. You can find those who are most vulnerable and help make them stronger than ever.

History of Volunteers of America

Like many well-known service organizations, Volunteers of America appeared on the scene in the 19th century. Husband-and-wife team Ballington and Maud Booth started the group in 1896. They were social reformers who dedicated their lives to helping people get a foothold during rough times. The Booths were the first people to create halfway houses for recently released prisoners.

Volunteers of America was there through the Great Depression and World Wars I and II. Besides providing much-needed assistance for soldiers and their families during wartime, the organization collected millions of pounds of scrap material to make supplies.

Affordable housing is one of the core goals of the group. Since the 1960s, Volunteers of America has worked with the Federal Housing Administration (FHA), which was created in 1934 to help Americans buy homes. With the help of the FHA and charity organizations like Volunteers of America, the United States saw a boom in home sales.

In the 1970s, Volunteers of America began to focus on health care and housing for the elderly. Professional long-term nursing care isn't something people like to think about, but it's a necessity. The organization now operates assisted and independent living facilities and offers home health care for senior citizens.

Volunteers of America has come a long way, and it's still going strong. Read on to learn about more of its services.

When prisoners secure early release from prison, some still need supervision before they can fully return to society. Halfway houses are a reentry strategy for released prisoners. Residents generally have access to educational classes, jobs or job-training, therapy and addiction programs.

Want to get involved? Read on to learn about how you can volunteer.

Give Away That Old Car

Cars Helping People is a subgroup of Volunteers of America. You can donate your car, RV, boat, truck or other vehicle to the organization by visiting carshelpingpeople.org or calling 1-800-407-2600. You can write off the donation at tax time and rest easy knowing your old vehicle is going to a good cause [source: CHP].

Volunteering for Volunteers of America

Deciding to become a volunteer is an important moment in your life. You're ready to dedicate your time and energy to other human beings. Volunteering is a commitment, so before you sign up, look at your schedule to determine how much time you can give each month. It's important to know in advance what you are and are not willing to do.

Once you've figured out your time limits, search the Volunteers of America services to determine the best match for your skills and passions. There are seemingly endless opportunities for volunteerism. If you're not sure how to help but still want to be involved, call your local office to speak with someone who can guide you in the right direction.

Roughly 80,000 volunteers worked with Volunteers of America in 2007 [source: Volunteers of America]. There are a variety of weekly, monthly and short-term projects, depending on your time constraints. From serving a hot meal to helping someone reenter society after prison, you can choose your level of involvement and cater the experience to your needs, too.

To learn more, visit the links on the following page.

Major League baseball players aren't too busy to give back to the community. In 2002, they teamed up with Volunteers of America to promote volunteerism in high school. The players work with students to help their communities and build life skills. The group is called Action Team and is organized like a baseball team. More than 70,000 people have been helped by 17,000 high school students since the program's inception [source: Volunteers of America].