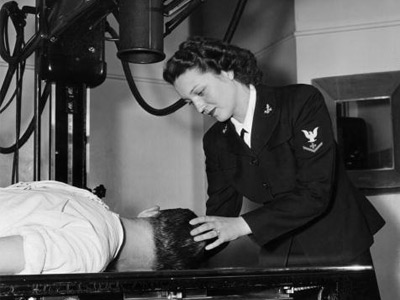 The dominant opinion throughout most of history was that women and war don't mix. This was partly because societies valued women as child-bearers. It was also due to the prevailing opinion that they weren't strong enough to wield heavy weapons in battle or sharp enough to understand tactical war strategies. Besides a few notable exceptions, such as Joan of Arc, women were banned from combat -- but that's not to say they were shielded from the horrors of war. On the contrary, as nurses caring for wounded soldiers, women were often exposed to the brunt of the blood and gore.

In the course of World War II, however, women's roles were changing on all fronts. The U.S. military, which was eager to boost its numbers, warmed up to the idea of allowing women into positions previously reserved for men. During World War I, a loophole was discovered in the Naval Reserve Act of 1916. The act specified the conditions for service in the Navy, but it didn't mention anything about gender. As a result, approximately 11,000 women enlisted in the Navy and became "Yeomen (F)" by the end of the war [source: U.S. Navy].

These female yeomen (or yeomanettes, as they were commonly called) mostly held clerical positions. A small number of them served as recruiting agents, translators and fingerprint experts. However, after the war, most of the yeomanettes were released from duty. It wasn't until World War II that women would secure a more permanent presence in the military.

Ironically, the most prominent women's unit sounded anything but permanent when it was formed. In 1942, Congress passed a law establishing Women Accepted for Volunteer Emergency Service (WAVES). The female lieutenant who is credited with naming the division said she intentionally included the word "emergency" to comfort the old-fashioned officials who wanted the corps to be strictly temporary [source: Yellin]. Despite any dissonant views, WAVES became an influential division in the war and forged a place for women in the U.S. military. 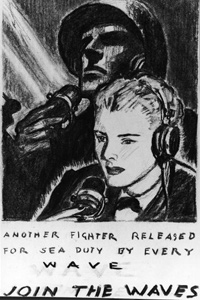 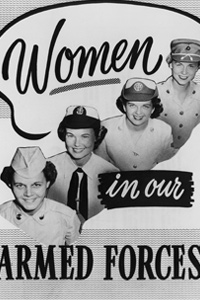