Browse the article What is EBITDA? 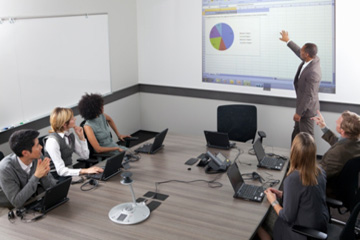 There are many ways to analyze a company's financial strength -- some more accurate than others. See more corporate life pictures.
Charlie Schuck/Getty Images

If analyzing the financial strength of a company were easy, then we'd all be named Warren Buffett. Instead, investors must dig through a mound of financial data and indicators that are not only confusing, but often conflicting. Sometimes the very same quarterly earnings report will paint two very different pictures of a company's performance based on competing calculations. As investors, which one of those calculations should we believe?

Depending on whom you ask, a revenue calculation called EBITDA is either an excellent way to compare the financial strength of two companies or nothing more than a cheap accounting trick. The truth, as usual, is somewhere in between. EBITDA stands for earnings before interest, taxes, depreciation and amortization. But before we get into the details of EBITDA, let's cover the some accounting basics first.

The standard method for calculating a company's profit is to figure out its net income. The simple definition of net income is gross revenue (every dollar the company earns) minus expenses (every dollar the company spends). When we think of expenses, we typically think of the cost of raw materials, manufacturing costs, rent on office space, employee salaries and other tangible costs of running a business. But companies have lots of ways of spending money. When a company borrows money, it must pay interest on those loans. In addition, the vast majority of companies pay taxes, and most companies use accounting principles like depreciation and amortization to spread the expense of big-ticket items over time.

According to generally accepted accounting principles (GAAP), the standard way of calculating net income (revenue minus expenses) is the only way. But in the 1980s, a new breed of companies specializing in leveraged buyouts (an especially risky type of hostile takeover) began popularizing the use of EBITDA as a more accurate measure of long-term profitability [source: Investopedia]. The argument is that EBITDA -- by ignoring expenses like interest, taxes, depreciation and amortization -- strips away all of the costs that aren't directly related to the core operations of a company. What is left, say the supporters of EBITDA, is a purer measure of a company's ability to make money.

The truth is that EBITDA, if used to make "apple-to-apple" comparisons of two traditional business (like manufacturing or retail), can be very helpful [source: Smith]. EBITDA reduces the financial noise down to a single number that represents ongoing income from a company's core business operations. The problem, as we'll discuss on the next page, is that EBITDA has a history of being used by high-risk, non-traditional businesses to take a bad investment and paint it gold.

The Problems with EBITDA

One of the main problems with EBITDA is that some companies try to use it as a substitute for cash flow [source: McCaffrey]. Cash flow not only indicates how much a company earned and how much it spent, but when the cash actually changed hands. This is an important distinction because earnings and cash earnings aren't the same thing. If a company spends cash to make a product, but the product sits in a warehouse for a year before a consumer actually pays for it, then the company may not have enough cash on hand to pay its creditors and run its daily operations. This could lead to further debt and even bankruptcy.

On the surface, EBITDA looks a lot like cash flow because it focuses exclusively on money earned from the daily operation of the business. But the truth is that earnings and cash flow are calculated using two completely different accounting methods. Accrual accounting counts a sale as soon as the product ships to the retailer. Cash accounting counts a sale only when the retailer pays for the order in full. Since EBITDA is based on accrual accounting figures, it doesn't accurately represent cash that the company has collected -- just what it has earned on paper [source: Wayman].

Another reason that EBITDA is a bad indicator of cash earnings is because the real cash flow of a company is directly affected by two of the things that EBITDA ignores: interest and taxes [source: Weiss]. Companies must pay interest and they must pay taxes (before they can even pay dividends to investors) and that cash has to come from somewhere.

EBITDA also ignores depreciation and amortization, two accounting methods used to spread out the expense of large capital investments. For a young company, these capital investments can be considerable; critics of EBITDA say that ignoring the long-term financial impact of such investments is dangerous [source: McClure].

But at the end of the day, many analysts and investors have soured on EBITDA simply because the numbers are so easy to fudge [source: Smith]. Unfortunately, EBITDA has been used by too many dangerously leveraged companies -- including those infamous dotcom flameouts -- to skirt GAAP standards and fool unsuspecting investors, earning it a bad reputation on Wall Street.