How much can you make doing fun jobs? 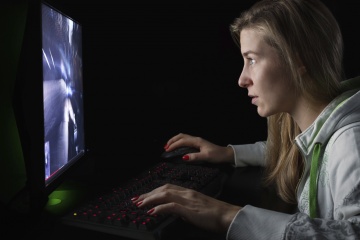 Being a video game developer allows you to flex your tech skills while earning a nice paycheck.
Micko1986/iStock/Thinkstock

Somewhere in between the highest and lowest paid professions, there are jobs that just might meet the approval of your inner 5-year-old. Here's a look at how much you can expect to earn doing fun jobs:

Video Game Developer — Your mother might have told you there was nothing to learn playing video games, but tell that to the folks who make them. More than 42,000 people in 36 states and Puerto Rico are employed by the booming U.S. video game industry. Employment is up 30 percent since 2009, and the pace is more than 13 times faster than the rest of the labor market. For those keeping score, the average annual compensation in this industry is $95,000 [source: Siwek].

Winemaker/Wine Sales — Lovers of the grape might want to consider a job in the growing U.S. wine industry, which at last count employed 34,500 people on nearly 16,000 vineyards across the country [source: Hodgen]. Winemakers earn a median salary of nearly $54,000 each year, and wine sales managers take home a median salary of more than $84,000 [source: Payscale.com].

Astronomer — Stargazing types could potentially make good money figuring out the nature of the universe. As of 2012, astronomers and physicists earned a median income of $106,000 per year. But keep in mind, you'll need some heavy-duty schooling. Most of the 23,000-plus jobs in the field require a master's degree or PhD, although a bachelor's can qualify you for an assistant position in a lab. With steady growth projected in the field, the sky is the limit [source: BLS].

Robotics/Computer and Information Research — If you've always been a tinkerer or computer lover, there's potential to have a lot of fun building models or even robots in a computer research lab. There are more than 26,700 computer and information research scientists, and the field is growing at a faster-than-average rate compared to other professions — so fast, the government projects will have more jobs than capable workers in the next 10 years. Folks in this profession do everything from data mining and modeling to programming to actually designing and testing robots. Industry data from 2012 shows these workers earning a median income of $102,000 a year [source: BLS]. Robotics innovators like Colin Angle, Helen Greiner and Rodney Brooks, the founders of iRobot, have made much more than that [source: iRobot.com]. Their company is now worth more than $1 billion thanks to inventions like the Roomba vacuum cleaner [source: Yahoo Finance].

Fashion Designer — Whether you're known for your personal style or are just really good with a sewing machine, you don't need a spot on "Project Runway" to attain a career in fashion. As of 2012, there were 22,300 designer jobs in the fashion industry, so even if you don't launch your own line, you could help create the clothing sold under big-name brands. Fashion designers in 2012 earned a median income of nearly $63,000 per year [source: BLS].

Dancer/Choreographer — Believe it or not, nearly 26,000 people in the U.S. work as dancers and choreographers, with projected employment growth of 6 percent for dancers and 24 percent for choreographers between 2012 and 2022. If you have the coordination you might find a job doing what you love, but unless you become a regular on "Dancing With the Stars," don't expect big bucks. Dancers earn a median hourly rate of $14.16, with choreographers pulling in a median hourly rate of $18.33. The bottom 10 percent earn a median $8.50 per hour, whereas the top 10 percent earn more than $33 per hour [source: BLS].

Veterinarian/Veterinary Technician — If you love animals or simply have no patience for human patients, veterinary medicine requires less schooling (and less student loan debt) than it takes to become a regular physician. And pet owners will always be happy to see you. The more than 70,000 vets in the country earn a median income of about $85,000 [source: BLS]. Or you could become a vet technician; the position requires a basic level of education, is growing much faster than other professions and pays a median amount of more than $30,000 per year [source: BLS].

Dog Walker — Some folks just love dogs. If that describes you, a dog-walking business can be surprisingly fun and lucrative, and you can get started with little or no overhead. The stats for this industry are unclear, but in some areas of the country people pay anywhere from $10 to $30 an hour for dog-walking services. If you can take care of five dogs at a time, that's $50 to $150 an hour. There's plenty of potential to rake in serious money while raking up, ahem, other things [source: Dogwalker.com].

Poet/Writer — Unless you can put your words to music, you might never make a living as a poet. Among the three best-selling poetry books of 2011, one brought in just over $44,000, and the other two made closer to $5,000 [source: Friedman]. However, you might be able to make money as a writer. While jobs for writers are growing at a slower-than-average rate, the more than 129,000 members of the profession earn nearly $56,000 a year on average [source: BLS]. Keep in mind, this profession is a diverse group, which includes the likes of standouts such as billionaire author J.K. Rowling, who earned $14 million in 2014 from the "Harry Potter" series [source: Forbes], and blogger Pete Cashmore, who founded the website Mashable at age 19 and is said to earn more than $7 million per year [source: Mikelon].