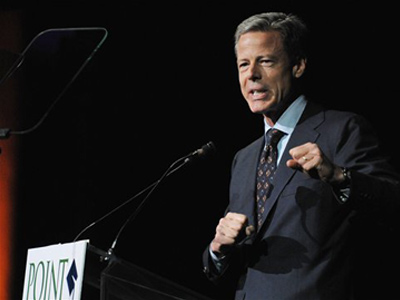 Time Warner president and CEO Jeffrey Bewkes accepted a position of duality when he took on the role of chairman of the board of the company in January 2009.­
AP Images/Evan Agostini

Appointing a CEO's successor gets a little more complicated when the chief executive officer is also a member of the board of directors. Let's examine how muddled up things can get in this case.

So we know that shareholders elect a board of directors for a company, and that board in turn elects the CEO. But we've also learned that in some cases, a CEO can be a member of the board itself. In fact, he or she can simultaneously hold the position of chairman of the board and CEO. Those who study corporate governance call this situation CEO duality.

As you might expect, duality is controversial. Even theorists who strive to find the best ways of managing a company are split about the issue. Two schools of thought represent the different arguments. Advocates of agency theory argue that the positions of CEO and chairman should be separate. They say that a single officer who holds both positions creates a conflict of interest that could negatively affect the interests of the shareholders. Why? Well, in this situation, the CEO/chairman is be able to direct board meetings and isn't restrained from acting in his or her own self-interest when a separate chairman isn't there to look out for shareholders. This very powerful CEO would therefore generally weaken the oversight power that boards hold -- in other words, there wouldn't be a solid system of checks and balances.

And it's not just an issue of power for the acting CEO/chairman. CEO duality can also complicate the already frustrating issue of CEO succession. In some cases, a CEO/chairman may choose to retire as CEO, but keep his or her role as the chairman. Although this splits up the roles, which appeases agency theorists somewhat, it nonetheless puts the new CEO in a difficult position. The chairman is bound to question some of the new changes put in place, and the board as a whole might take sides with the chairman whom they trust and have a history with [source: Lavelle]. This conflict of interest would make it difficult for the new CEO to institute any changes, as the power and influence still remains with the former CEO.

If that's agency theory, what does the opposing side argue?