Duties of a CEO 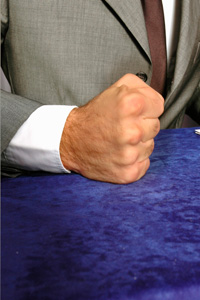 A CEO must make the important high-end decisions for the company.
©iStockPhoto/Maica

Putting aside the vague language, what does a chief executive officer (CEO) do, exactly?

All CEOs are responsible for determining the overall strategy of a company. For example, the CEO of a car company would have to decide whether to focus on building large SUVs for the family and adventurer demographic or to jump on the latest green trend and build vehicles with more efficient gas mileage, instead. The CEO of a company that makes computers might decide whether to cut prices to be more competitive in the consumer market or to hire more engineers so that the company can make a better computer.

The CEO's day-to-day duties may depend on the size of the company he or she oversees. In a big company, setting the strategy in all departments and for all facets of the industry can be a full-time job. This is why you never see CEOs of large corporations stepping into the warehouse and helping to get orders through (except, perhaps, in photo ops). In smaller companies and start-ups, things are usually different. A CEO who was also the founder of the company and is struggling to make it grow probably has a more hands-on role. He or she is more likely to step into any role necessary to get the job done. And, of course, the daily responsibilities of a CEO may also vary across industries.

Even though they can delegate power, CEOs are ultimately responsible for everything related to management, such as operations and financial matters. This means that the chief operating officer (COO) and chief financial officer (CFO) report directly to the CEO. As we've mentioned, since the board of directors chooses the CEO, the CEO must, in turn, report to the board.

Depending on how involved the board chooses to be, it can take a backseat to the CEO's vision and decisions. Or, the board could opt to take a more direct role and charge the CEO with carrying out its plans. The CEO's personality is a major factor in determining his or her relationship with the board. In general, CEOs tend to have domineering, arresting personalities that can help them wield power over a board. But because the board has the power to choose and remove the CEO, there's always that check on power that can reign in a CEO's behavior.