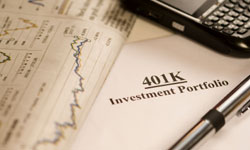 You've started your new job, and the human resources director hands you a swamp of paperwork. Somewhere in the stack, you're likely to find information and enrollment forms for a 401(k) plan. Named for its section in the Internal Revenue Code, 401(k) plans first emerged in the early 1980s as alternatives to pension plans. Today, 401(k)s are primary investment vehicles in helping Americans save for retirement, with more than 65 million employees participating [source: Fetini]. But what should you do before you join their ranks?

We're going to look at five steps you need to take before enrolling in a 401(k) plan, from determining how much you'll be deducting from your paychecks to picking the right portfolio. To start, let's look at how 401(k) plans work.

In a 401(k) plan, you designate a certain amount of money from each paycheck to invest in stocks, bonds and money market funds. Your money is transferred to your account before you pay taxes, and the returns on your investments accumulate in your account. An administrator overseeing your 401(k) periodically updates you about the account's performance. After you reach six months past the age of 59, you can begin taking money out of the account, presumably to pay for your life after retirement.

There are several advantages to opening a 401(k). Because all of your contributions are deducted from your paycheck before taxes, you receive an immediate tax break. The money in your 401(k) account grows tax-free until you begin to withdraw it. 401(k) plans are shielded from creditors during lawsuits and bankruptcy filings, which isn't always the case with other retirement plans. And employers typically match 401(k) contributions to a certain dollar amount -- many have compared this to a salary bump just for planning for retirement.

There are drawbacks to 401(k) plans, as well. You are limited to the investments offered by your employer. Once you begin withdrawing from your 401(k), your withdrawals are taxed as income. If you withdraw before six months after you turn 59, you must pay taxes on the income, as well as a federal early withdrawal penalty of 10 percent and possible state penalties.

With the basics behind you, what should you do to get started on a 401(k) plan?

Talk to the Experts

Before you make any major decisions, it's a good idea to talk with a financial adviser. 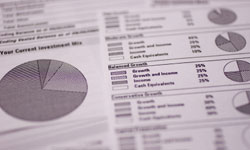 Figure out how much of your salary you can contribute comfortably.
©iStockphoto.com/jondpatton

Determining your 401(k) contributions can be tricky. According to U.S. News, most employees should save 12 percent of their salary throughout their working career

[source: Brandon]. However, this target can be different depending on when you plan to retire, periods of joblessness, how much money you'll need to pay for your retirement lifestyle, and many other factors. Talk with a financial advisor to get a rough estimate of the number.

As of 2012, federal regulations limit 401(k) contributions to $17,000 a year for employees under age 50 and $22,500 for employees 50 and older -- or 100 percent of your salary, whichever figure is less. (This number is the amount you contribute yourself, not including your employer's contribution.) However, many companies limit your contributions to a specific percentage of your salary. Look through your 401(k) paperwork and find out how much money your employer will allow you to invest.

Many companies kick in additional money to your 401(k) plan -- often 50 cents for every dollar you contribute for the first 6 percent of your salary that you save [source: CNN Money]. Plan to invest as much of your salary as your employer will match, even if you don't like the selection of investments offered in your plan. Understand your employer's vesting schedule, which designates the number of years you need to be employed at a company before you're eligible to receive the full employer match. And when you receive a raise, confirm that you've increased your contribution.

You'll have an array of investment options available through your 401(k) plan, usually a selection of stock mutual funds, bond mutual funds and money market mutual funds. Your investment portfolio should include a mix of investments in a variety of industries to shield your retirement savings from shocks to a particular market and produce steady returns -- a concept known as diversification.

The specific makeup of your 401(k) should reflect how long you have until retirement, as well as the amount of risk you can accept. Stocks typically offer better long-term growth than other types of investments. Consider choosing an index fund, which invests evenly across the stocks in an index like Standard and Poor's 500 and pays a return equivalent to the market's average. The management expenses are lower compared to actively managed mutual funds, which are directed by analysts who select stocks they expect to perform well. Over many years, index funds typically offer better returns than actively managed funds after fees and expenses [source: Hulbert.]

Your portfolio should also include corporate bonds and treasury bills, which generally are considered safer investments than stocks and should comprise more of your portfolio as you near retirement. This prevents stock market volatility from wreaking havoc on your savings.

What happens when you get a new job?

Get a Trustee-to-Trustee Transfer 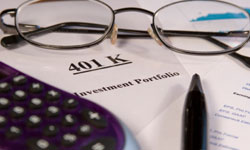 Avoid taxes or penalties with a trustee-to-trustee transfer.
©iStockphoto.com/Pears2295

Let's say you've switched jobs, and you're about to add the balance from your old 401(k) into a new retirement account. Your former employer will cut a check for the balance -- but who the check is made out to can affect whether you have to pay taxes or absorb any penalties.

If the check is made out to you, your employer will withhold 20 percent for taxes. You'll recoup this money after filing your next tax return, but you're required to deposit 100 percent of the money into an account within 60 days, or else you'll be taxed and, if you're too young to make the withdrawal, penalized.

To avoid this pitfall, you need to set up a trustee-to-trustee transfer -- also known as a direct rollover. Talk with the bank that oversees your new account for instructions on to whom the check should be made out, and contact the retirement plan administrator at your old job to ensure the check is made out correctly.

We already talked about contributing as much to your 401(k) as your employer will match. But what if you don't receive an employer match, you don't like the investment choices offered by your employer, or you're self-employed? You might consider investing in either a traditional or a Roth Independent Retirement Account (IRA).

Traditional IRAs function similarly to 401(k)s, in that you get a tax deduction for your contributions and pay taxes when you begin withdrawing the income. Roth IRAs are a little different: You pay taxes on your contributions, but you don't pay income taxes on the money you withdraw six months after turning 59. This can be beneficial if you're in a lower tax bracket now than when you retire.

The contribution limits are lower for these funds -- in 2012, $5,000 per year if you're under age 50, or $6,000 per year if you're 50 or older [source: Internal Revenue Service]. However, IRAs have several advantages that can make them a good alternative -- or supplement -- to a 401(k) plan. IRAs typically offer a greater range of investment options. You can borrow money from the accounts once every 12 months without paying penalties or interest as long as you replace the full balance within 60 days.

For lots more information on saving for retirement, see the links on the next page.

Under certain circumstances, you can make withdrawals from an IRA account six months after you reach age 59 without incurring penalties. You can even set up automatic withdrawals from your checking account to fund your IRA. 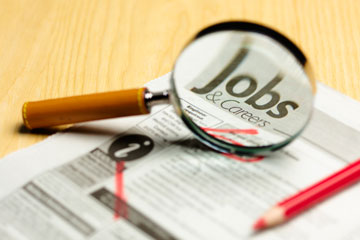