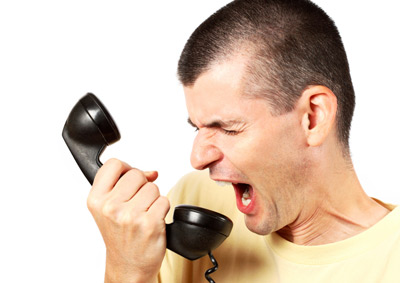 ­You go down to the local hom­e and garden store to buy a new lawnmower and the salesman talks you into a four-wheel-drive riding mower with a money-back guarantee. When the blade falls off a month later, you take the faulty mower back and ask for a refund. The salesman says you must have heard him wrong. The store doesn't offer money-back guarantees. "Maybe you should get a new hearing aid," he jokes. Should you call the Better Business Bureau (BBB)?

When asked whom they would contact if they had a problem with a major purchase, 40 percent of Americans said the Better Business Bureau [source: Marable]. In fact, more American consumers are familiar with the BBB, a private nonprofit organization, than with government regulatory agencies like the Federal Trade Commission -- 81 percent to 61 percent [source: Parmar].

For more than 75 years, Better Business Bureaus have kept tabs on the trustworthiness of businesses and charities. Consumers consult BBB reliability reports, now completely online, a whopping 54 million times a year [source: Western Pennsylvania Better Business Bureau]. And nearly a million American and Canadian consumers file complaints through their local BBB annually to get help when things didn't go quite right in a goods or services transaction -- like the scenario with the shoddy lawnmower.

­BBBs trace their roots to a wave of false advertising scandals in the United States at the turn of the 20th century. Advertising agencies, trying to clear the name of their profession, established local vigilance committees, self-governing trade organizations charged with identifying a­nd correcting misleading ads. In 1912, advertisers formed the first national vigilance committee, which later changed its name to National Better Business Bureau [source: Wansley].

Let's find out how a business becomes a member of BBB, how the bureau handles consumer complaints and some of the biggest complaints against the BBB itself.