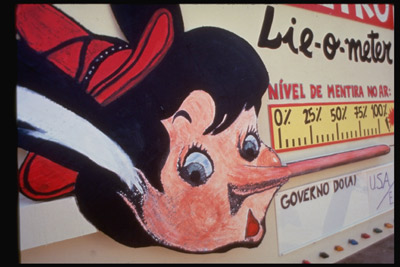 ­In a society that's increasingly aware of its own negative impact on the natural world, it's no surprise corporations compete for consumer approval by promoting themselves as environmentally friendly or green. Such promotions might be as simple as sprinkling product packaging with leafy logos or as involved as publicizing investments in emerging technologies. Organizations spend billions of dollars each year in an attempt to convince consumers that their operations have a minimal impact on the environment. But can you believe the claims? How much environmental marketing is simply greenwashing?

­The term greenwashing is an environmental take on whitewashing -- the attempt to cover up or excuse wrongdoing through false statements or the biased presentation of data. While the term greenwashing first emerged around 1990, the practice itself dates back to the mid-1960s, when corporations were already making an effort to improve their public image in light of the emerging modern environmental movement.

Now more than ever, it's in a company's best interest to put on an environmentally-friendly face. According to a recent study by the AARP, there are 40 million "green boomers" in the United States today. These environmentally conscious consumers make up more than half of the country's 79 million baby boomers (people born between 1946 and 1964). Combined with the younger generation of green-minded consumers out there, this makes for a very attractive consumer group.

But as with all forms of advertising and public imaging, questions inevitably arise regarding the validity of companies' environmental claims. Are a major oil company's concerns over pollution as genuine as its print ads make it seem?

In this article, we'll take a look at the six sins of greenwashing, learn why greenwashing happens and find out what advocates and lawmakers are doing about it. 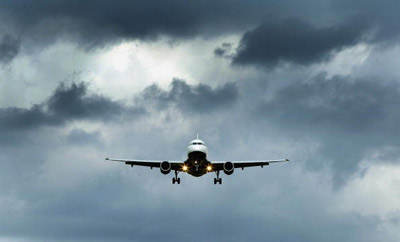 Why do companies greenwash and what are the results? 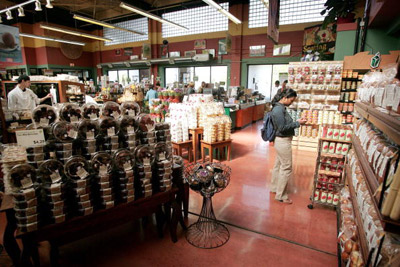 Customers who pay higher prices for natural and organic foods at markets like this Whole Foods in Chicago hope companies are truthful about their environmental policies.
Scott Olson/Getty Images

Just as a candy manufacturer might exaggerate the tastiness of its newest product to draw in customers, an organization might willingly mislead the public by creating a falsely-green image. For the candy manufacturer, exaggerated information can be the result of overzealous, sloppy or outright dishonest advertising. The same conditions can also produce overblown environmental claims. While some companies try to spread misinformation actively, others wind up greenwashing through sloppiness.

Greenwashing takes its toll on all involved. When greenwashing goes unnoticed, consumers are duped into buying products they think are environmentally sound. They unwittingly support the ecological offenses of businesses. However, when greenwashing is exposed, the offending businesses also suffer from lowered consumer confidence.

But as people become more aware of greenwashing, advocacy groups and government regulators take a greater interest in investigating environmental claims. Regulation, be it from civilians or government bodies, leads to greater responsibility in environmental marketing.

In the next section, we'll take a look at what advocacy groups and lawmakers are doing about greenwashing.

Warning: Food packaging can be deceiving. This should come as no surprise to anybody who has ever pondered over the serving size on a box of cookies or wondered as a child what happened to all the strawberries on the front of the cereal box. It's no secret food companies often overdo it when designing packaging. And with such a strong market for environmentally-friendly products, many food companies are starting to see green.

Just consider the natural or organic section of your local grocery store -- a single part of a $25 billion a year food industry. Organic sections take up an estimated 1­0 percent of grocery stores, a ratio that has risen 20 percent a year since 2000 [source: ­NY Times].

Green labels are practically jumping off the shelves to snag the environmentally conscious consumer. From wholesome and intentionally non-corporate artwork and typefaces to the gentle use of soft greens and earth tones, the message is simple: buying this product will keep you in Mother Nature's good graces.

But is it greenwashing or just green marketing? Critics and watchdog groups urge consumers to exercise caution. Consider asking the following questions when shopping green: 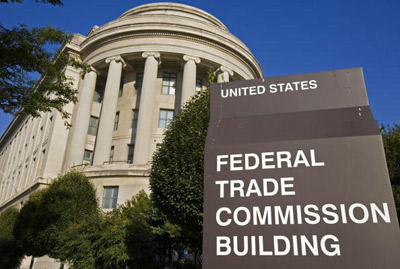 ­For more information on greenwashing, watchdog groups and environmental issues, please look over the links on the next page.