by Linda C. Brinson
Prev NEXT
3

Can You Hear Me Now? 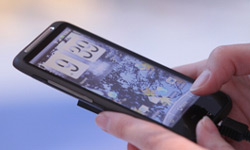 The next time you find yourself wasting time playing with a cell phone app, blame the Telecommunications Act of 1996.
Sean Gallup/Getty Images

Walk in a public place -- college campus, shopping center or a city street -- and you'll see a lot of people deep in conversation on their cell phones. Texting while driving has become so widespread that states have passed laws to ban the practice. People receive reminders to silence their phones before plays, concerts and even church services. They even use them to watch movies, play games, take pictures and use countless apps, or applications.

These are all unforeseen effects of the deregulation of the telephone industry that began with the breakup of AT&T in 1984 and picked up pace with the Telecommunications Act of 1996. The deregulation was designed to help consumers by giving them more choices. First, people were free to choose a long-distance carrier other than their local service provider. Next, the legal local monopolies were ended and people were free to choose competing local service options. In return, the remnants of AT&T -- the so-called Baby Bells -- weren't as regulated as they moved into wireless, long distance and Internet services.

What few people foresaw was the creative burst of innovation that would follow. Deregulation spawned the proliferation of smart phones, and with it, new industries of involving apps and other features.

While some of the results may be annoyances or even dangers at times, you don't hear many people volunteering to give up their phones. And options such as pre-paid phones make it possible for everyone to be connected.