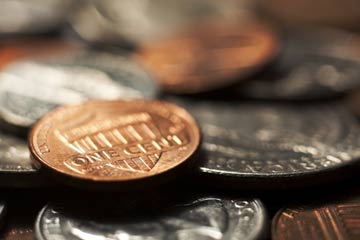 Will the U.S. ever add a trillion-dollar coin to its collection?
Yuji Sakai/The Image Bank/Getty Images

Minting a $20 trillion coin with the likeness of a unicorn and a centaur to prevent the U.S. economy from bumping up against a debt ceiling seems far-fetched, right?

When Jon Stewart's "The Daily Show," known for its tongue-in-cheek commentary on political events, aired on Jan. 10, 2013, mythical creatures were the only fictional part of the equation. There was an actual debate -- stretching from the Internet to the White House -- about the virtues of minting a trillion-dollar coin to stave off the looming debt crisis in the U.S. [source: Weinger].

Just what is a debt ceiling, anyway, and why would the leaders of the Free World consider creating a trillion-dollar coin (of all things) to avoid one?

The debt ceiling, also referred to as the national debt limit, debuted during World War I. The idea was to allow the U.S. Department of the Treasury to borrow money to pay for Congress-approved items -- without having to ask the lawmakers' permission every time one of these purchases took place. Since the debt ceiling was introduced, Congress has voted to raise the debt limit dozens of times. However, in 2011, congressional Republicans and Democrats reached an impasse on raising the debt ceiling once again. Republicans controlled the House and Democrats controlled the Senate, and this led to a deadlock which has still not been resolved as of January 2013 [source: The New York Times].

In the next section, we'll explore where the idea to create a trillion-dollar coin generated. Although the concept gained traction on the Internet and eventually warranted serious discussion on Capitol Hill, the decision to mint such a coin was ultimately nixed by the Federal Reserve and the U.S. Treasury [source: Carter]. Even so, we can learn a lot about how money really works in the U.S. -- and what the debt ceiling could mean for the nation -- by understanding the trillion-dollar coin idea. 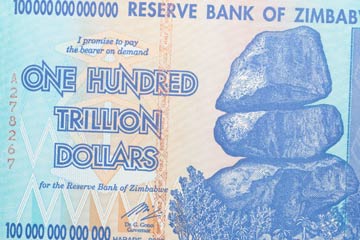 Potential Impact of a Trillion-dollar Coin

Understanding the idea behind a trillion-dollar coin offers a glimpse into the inner-workings of U.S. economics. Unlike countries that do not author their own policies about money and can thereby be forced into default when they run out, the U.S. can create stacks of paper money or precious coins.

The trillion-dollar coin concept also offers a quick lesson about inflation. In 1913, the U.S. Federal Reserve (the Fed) began issuing bank notes, but coins remained issued by the Treasury as they had been before that. Normally, the Fed, as head of the private banking system, buys coins upon demand from banks and pays for them by printing money. It deposits that money in the Treasury's account at the Fed. If the U.S. Mint had created the $1 trillion coin, it would have been deposited into the Federal Reserve, which would then have printed the money and deposited it in the Treasury. The U.S. would have been able to pay its bills and default would have been taken off the table.

While the effects of such a move on the economy and inflation are not clear, the concept polarized financial experts. Detractors of the trillion-dollar coin idea were sure it would cause inflation to spin out of control. Proponents suggested it wouldn't necessarily have caused a rise in inflation because Treasury deposits aren't part of the U.S. monetary base -- until they are spent, that is. When Treasury deposits are spent, the money moves to commercial banks, which could eventually trigger a rise in inflation. Until the trillion-dollar coin is spent, that isn't likely to happen. And even then, the federal government still holds the reins on interest rates [source: The Economist].

Understanding the inflationary impact of a trillion-dollar coin involves the Equation of Exchange, which illustrates the relationship between an increase in money supply and an increase in prices. The money in circulation times the rate at which it is spent (velocity) will equal the total spending [source: Investopedia]. The effect could have been similar to what the U.S. already has experienced during the most recent recession: The nation's monetary supply has tripled since December 2007, but inflation has not because the velocity of money has declined – the Fed holds more than $1 trillion in reserves [source: Soltas].

The outcome of a now-fictional trillion-dollar coin could have affected price stability, too. There are reasons governments don't simply print more money whenever they need it. Chief among them is that doing so can lead to price instability, something that's never good during a country's financial recovery.

But some say the real reason the trillion-dollar-coin idea did not go anywhere was political – minting it would have violated the Fed's independence, as well as the intent of Congress in creating a debt ceiling [source: The Economist].

Author's Note: Why would the U.S. mint a trillion-dollar coin?

There's just something about financial crisis hitting close to home that perks up your ears to national and international financial news. I didn't pay too much attention to the mechanics of economics until the U.S. financial slump hit a few years ago. Then I became interested in a hurry, and not just about news from my own shores. Bailouts and short sales on the home front; bankrupt governments abroad. Gaining an understanding of it seemed overwhelming, yet essential to my survival as a business owner. Since that time, I've continued to follow economic news with interest (pun intended), including debt-ceiling debates and, most recently, the proposal of a trillion-dollar coin. On a related note, I may start watching HowStuffWorks videos, like this one, as a sort-of insurance policy.

How Hedge Funds Affect You Even If You Don't Invest in One
How to Volunteer for Missing Persons
What are credit default swaps?