The Down Side of Sales Taxes 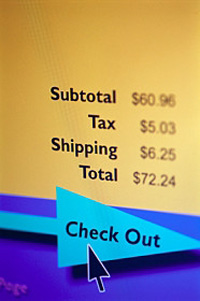 Many observers say that Americans accept sales tax more willingly than they do other taxes [source: Duncan]. We pay it in small amounts, we're used to it and there's no paperwork for the consumer.

The main criticism of sales taxes has to do with fairness and social justice. Sales taxes are regressive, meaning that they hit the poor harder than the rich. Poor people have to spend a larger percentage of their income just to get by. Richer people can save more of their income or use it in other ways that don't involve paying sales tax [source: Froomkin].

But that's not the only rap on sales taxes:

Sales taxes aren't the perfect way for states to raise revenue. And if states are going to continue to rely heavily on sales taxes, they'll have to figure out how to deal with changing times. But shoppers should know that state sales taxes won't disappear anytime soon.