How are your taxes affected if you get married in the middle of the year? 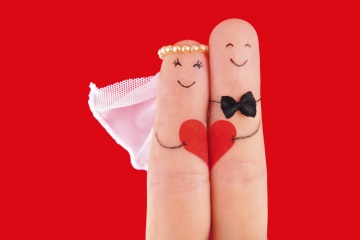 It doesn't matter when you get married during the year — your tax bill will benefit regardless.
Olena Kyrian/iStock/Thinkstock

So you just tied the knot? First, congratulations. Second, congratulations to your tax return. As a married couple, you are now allowed to file jointly, which can mean some massive tax breaks.

For married couples filing jointly, the standard deduction was $12,400 in 2014, precisely double that of those filing singly. With a joint return, you'll now be able to claim quite a few deductions and credits that are unavailable to those filing alone. And having that much less of your income taxable is a win-win: It could also make even more tax credits available to you if you switch to a lower bracket.

The downside is, of course, that the rules for married couples are a little more complicated, and forms that used to be simple become exponentially more involved as you try to take advantage of these new deductions and credits for which you now qualify.

But what if you got married in the middle of the year? Or the end of the year? Does that make your taxes any more complicated? Do you have to do some kind of married/single income calculation?

Nope. Getting married in the middle of the year doesn't change anything about the way that you need to file your taxes. If your wedding took place any time during the tax period, you're eligible to file jointly.

Marital status is calculated on the last day of the year, so even if you were single for the other 364, it's the only day that counts for tax purposes. Finally, an excuse to get married at the end of the year.

How are self-employment retirement plans taxed?
How to Get Help From the IRS
How the MCAT Works