How Much Is the IRS Underpayment Penalty?

by Susan Sherwood
NEXT PAGE
Most taxpayers have their employers deduct taxes from their wages. But if you're self-employed and you don't pay enough quarterly estimated taxes, you can get hit with a penalty. SEAN GLADWELL/Getty Images

As Benjamin Franklin famously observed in 1789, "In this world nothing is certain but death and taxes." For most people, federal taxes are still a certainty. One thing that is uncertain is what happens if you underpay your taxes.

Of course you'll have to shell out the full amount, but you also may be required to pay a penalty. The amount you'll be fined is based on how much you owe and how long you've owed it. The typical penalty is 0.5 percent of the total amount you owe calculated for each month you haven't paid it [source: Bankrate].

Most taxpayers have their employers deduct taxes from their wages. A worker fills out a W-4 form, and the employer uses it to determine the employee's tax withholdings. Some taxpayers, such as the self-employed, have incomes that do not lend themselves to withholding, so they must pay quarterly estimated taxes. If taxpayers figure either of these methods inaccurately, penalties may accumulate.

The IRS provides underpaying taxpayers with Form 2210. On it, you first determine what you owe, and then compare it to what the IRS has already received. You then subtract any withholdings, payments and taxes. You may be required to pay a penalty on an outstanding amount.

Taxpayers who have underpaid are not always penalized. For example, although you must pay the full amount of taxes due, the penalty is waived if your total tax is less than $1,000; if you did not owe taxes the previous year; if you paid at least 90 percent of what you owe or if the unpaid taxes amount to less than $1,000 [source: IRS]. Penalties are also waived if the problem arose because of special circumstances, such as a natural disaster. People who are retired or have disabilities may also have the penalty forgiven.

If you don't file your tax returns on time (in addition to not paying your taxes), there is a separate penalty. Starting in the second quarter of 2018, the interest rate moved to 5 percent per month, from 4 percent [source: Tax Knowledge Center]. But the maximum penalty in any one month is 5 percent, rather than 5.5 percent, which is what it should be if you added the nonfiling penalty to the nonpayment penalty. If you don't file nor pay for more than 5 months, the nonfiling penalty maxes out at 25 percent, but the monthly penalty for not paying (0.5 percent) will still continue to accrue [source: Bankrate].

The IRS seems to understand that, in some situations, guesstimating the amount of taxes you must pay is a tricky business. However, with potential penalties and interest fees, your safest bet is to do your best to assess your tax liability before it's due. 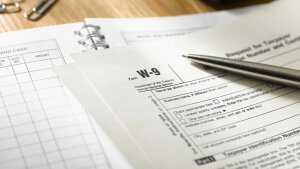 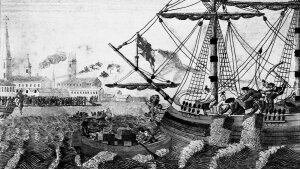 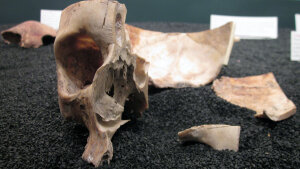