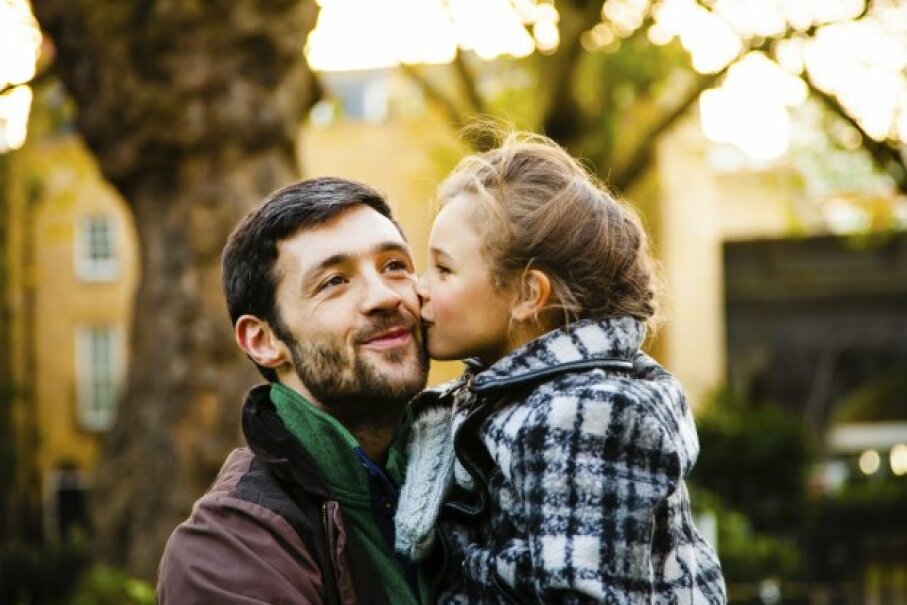 If you're a single parent, there are several tax credits and deductions you should know about. Tommaso Tagliaferri/iStockphoto/ThinkStock

Getting a root canal probably isn't first on your list of fun things to do, but as you open wide and prepare to spend the next couple of hours focusing on anything but what's actually happening in your mouth, there's one thought that offers comfort: It's still better than paying taxes.

For many people, taxes are a touchy subject, one best left lumped into a category with extensive dental work and other rarely sought-after experiences. Gaining a better understanding of the taxes you owe can lead to unexpected savings. Take tax credits, for instance. Unlike tax deductions or exemptions, which help reduce the amount of income that is taxable, tax credits reduce the actual amount of tax you owe to the government, dollar-for-dollar.

Claiming a tax credit is like putting money back in your pocket, and for single parents, this can make a real difference to the bottom line. After all, it costs a single parent nearly $165,000 to raise a child from birth to age 18 [source: USDA].

Claiming federal tax credits, whether they are designed to promote specific behaviors or ease the financial burden of raising a family, can pay off. Single parents, it is time to get the credit you're due. 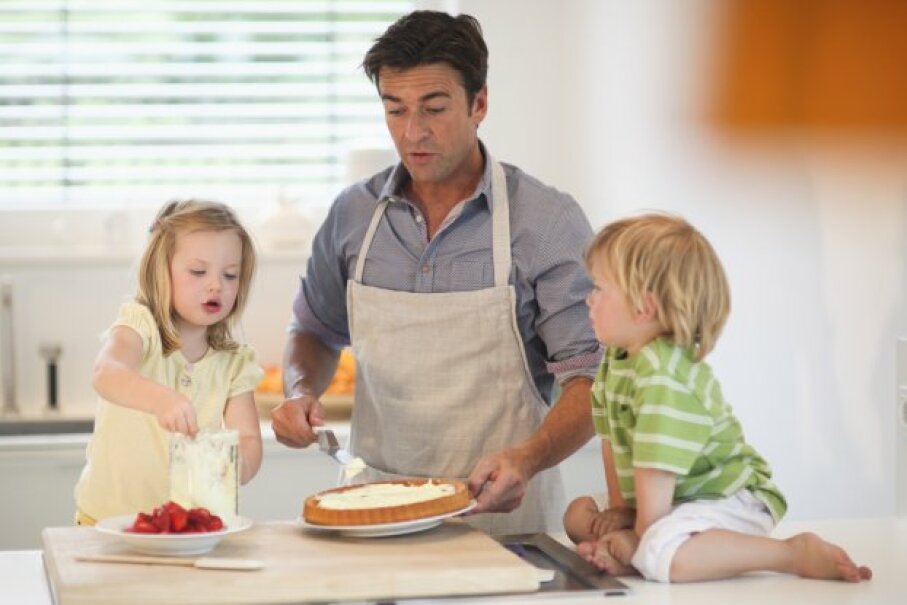 If you're your kids' custodial parent, you can take the child tax credit for them. altrendo images/Stockbyte/ThinkStock

Kids are pricey. For single parents, it can be a struggle to handle the never-ending stream of expenses — and that's where the federal Child Tax Credit comes into play.

The Child Tax Credit can shave as much as $1,000 per child off your tax bill. And, if the credit exceeds the taxes you owe, a refund could be issued. Single parents filing as head of household in 2015 for the tax year 2014 must have a modified adjusted gross income of $75,000 or less to qualify for a full Child Tax Credit.

In addition, there are seven other criteria that must be met. 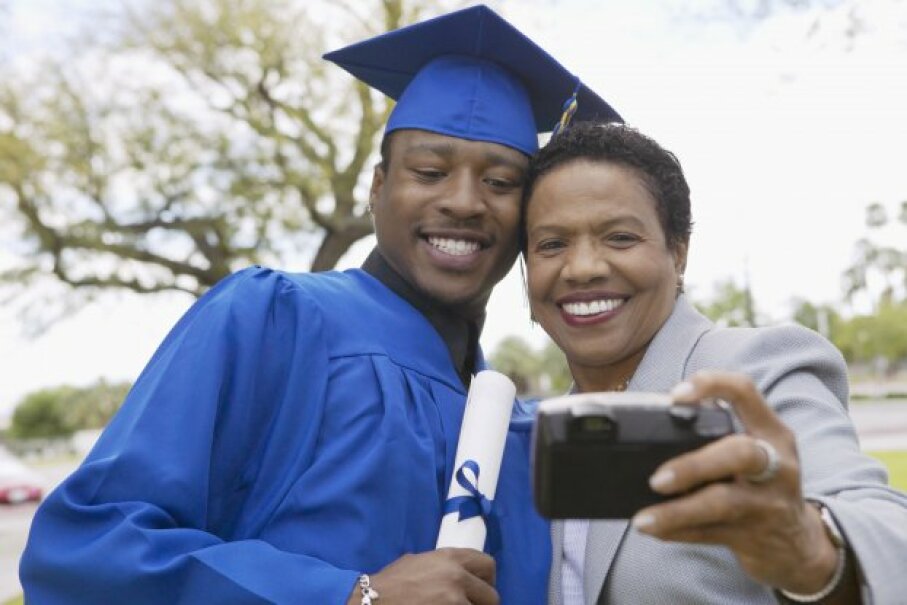 College is expensive, but the American Opportunity Tax Credit can help. Digital Vision/Photodisc/ThinkStock

Children don't get any less expensive as they age, and college is no exception. The average in-state public college tuition for the 2013-2014 school year was nearly $23,000, and that doesn't event count books, room and board, and other fees [source: College Data].

Like all parents, single parents of college students could use a break — and it could come in the form of an American Opportunity Tax Credit. If you still claim your college-age child as a dependent on your taxes, or if you are a college student yourself, this tax credit could offer some relief.

The American Opportunity Tax Credit is designed to help offset the cost of college tuition and course materials, such as books and equipment. The credit is available annually for the first four years of post-secondary education expenses, up to a maximum of $2,500 per student. Even if you don't owe any taxes, you could still receive the credit in the form of a refund up to $1,000 [source: IRS].

To qualify for the full amount of an American Opportunity Tax Credit, you'll need to have a modified adjusted gross income of $80,000 or less. If you earn more than this, the credit is offered on a sliding scale up to the $90,000 mark [source: IRS]. 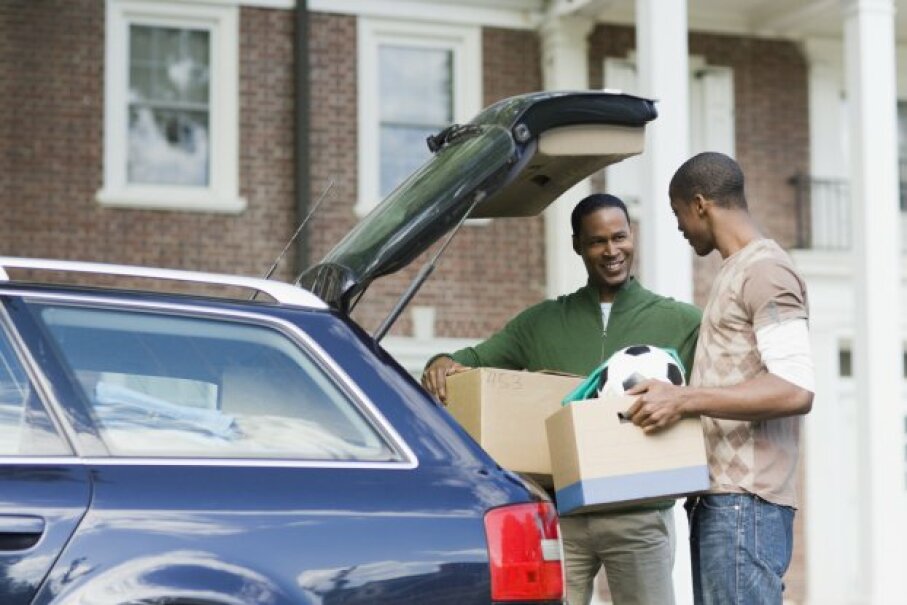 Remember all those payments you made for your child's college tuition and other expenses? Even if you took out a loan to help pay for your child's college tuition, take stock: You could be rewarded with a tax credit. The Lifetime Learning Tax Credit could reduce your tax bill by $2,000 if your modified adjusted gross income was $63,000 or less in 2014.

Unfortunately, you can't double-dip. If you plan to take advantage of the American Opportunity Tax Credit or any other education credit, you can't also receive a Lifetime Learning Tax Credit.

However, in most instances, the American Opportunity Tax Credit will yield a greater benefit because it's available to each qualifying student in the household, while the Lifetime Learning Tax Credit is limited to the taxpayer and has a lower threshold for qualifying expenses, such as tuition and fees, room and board, and books, supplies and equipment.

The Lifetime Learning Credit is a good choice for professional and graduate students, even those who aren't working toward a degree, because it isn't limited to the first four years of college like the American Opportunity Tax Credit [source: IRS]. 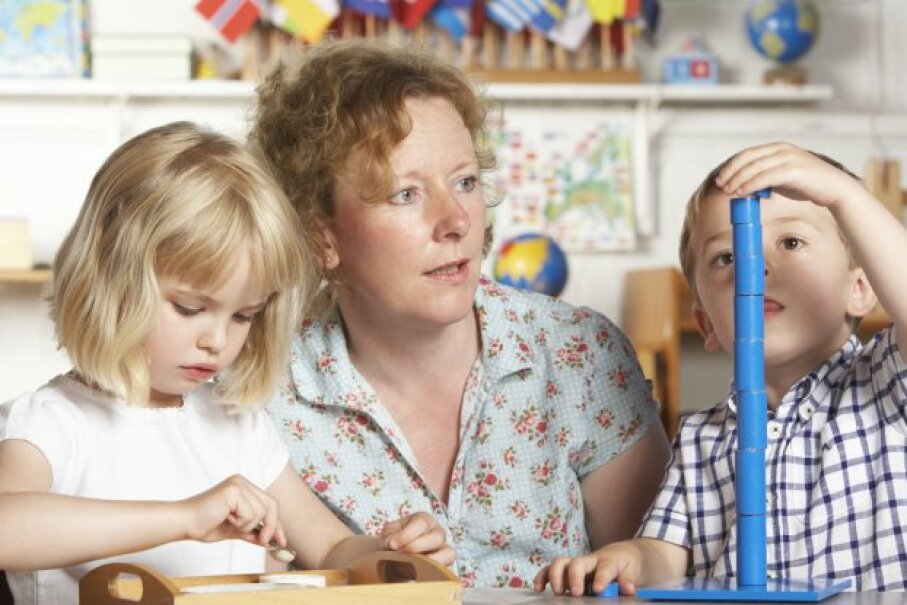 If you're paying for day care to work (or look for work), you can take the Child and Dependent Care Tax Credit. Catherine Yeulet/iStockphoto/ThinkStock

Ask any working parent, particularly a single parent, about childcare and you're likely to hear how expensive it is. For example, the annual average childcare expense ranges from $12,068 in California to $16,430 in Massachusetts [source: Child Care Aware of America].

The good news is the Internal Revenue Service offers a Child and Dependent Care Tax Credit that will reduce the amount of taxes you owe. If you pay someone to care for a child (under age 13) or a dependent with a disability (of any age) so that you can work, look for work or attend school full-time, there's a good chance you'll qualify for a Child and Dependent Care Tax Credit. If you are separated and are the noncustodial parent, the child and dependent care tax credit may not apply.

The amount of Child and Dependent Care Tax Credit you'll receive will vary based on the number of children you have and the amount of qualifying expenses required to care for them. A maximum annual tax credit of $3,000 is available for one child. Two or more children are capped at a $6,000 annual tax credit [source: IRS]. 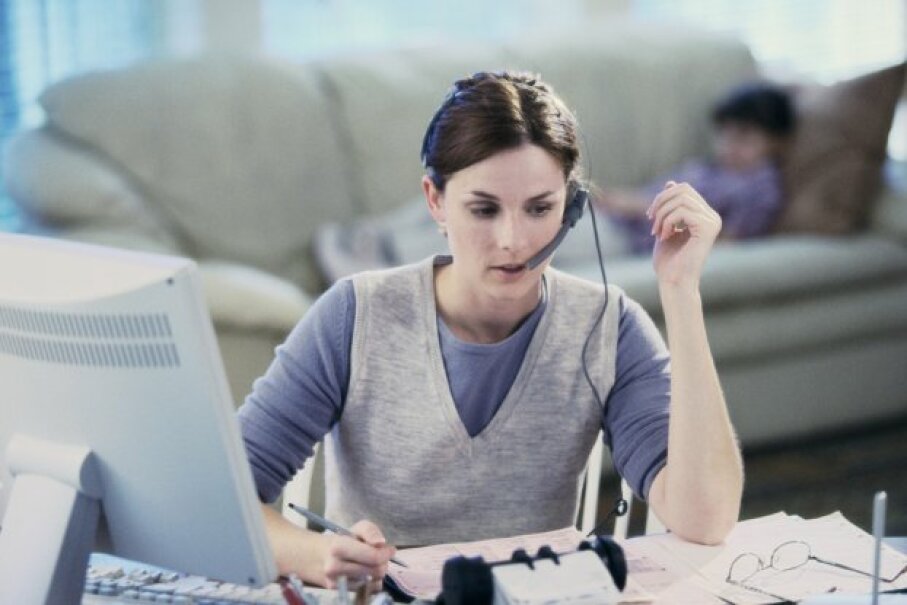 The Earned Income Tax Credit is tied to how much income you earn. Purestock/ThinkStock

Like many tax credits, the Earned Income Tax Credit is available to many different categories of tax filers, not only single parents. And, because it could result in a sizable credit, it's not one that should be overlooked.

To qualify for an Earned Income Tax Credit, a single taxpayer filing as head of household cannot have a modified adjusted gross income of more than $51,567. 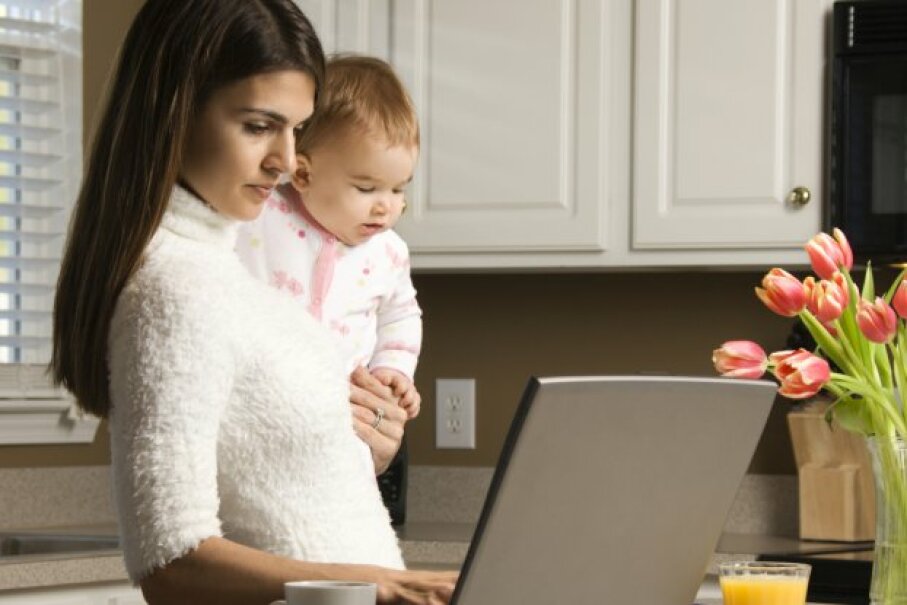 If you're the primary wage earner, and you have the kids more than half the time, you may be able to file as head of household. iofoto/iStockphoto/ThinkStock

While not technically a credit, filing as head of household can result in greater exemptions that reduce the taxes that are owed. Instead of filing tax returns as single, solo parents can switch to head of household if their children cumulatively lived with them for more than half the year and if they provided more than 50 percent of the financial support for their household.

If a single parent decides to switch his or her tax filing status from single to head of household, he or she can expect a greater portion of their income — nearly $3,000 — to remain untouched by taxes. It's a significant amount of untaxed, earned income that can positively impact the bottom line [source: Erb]. 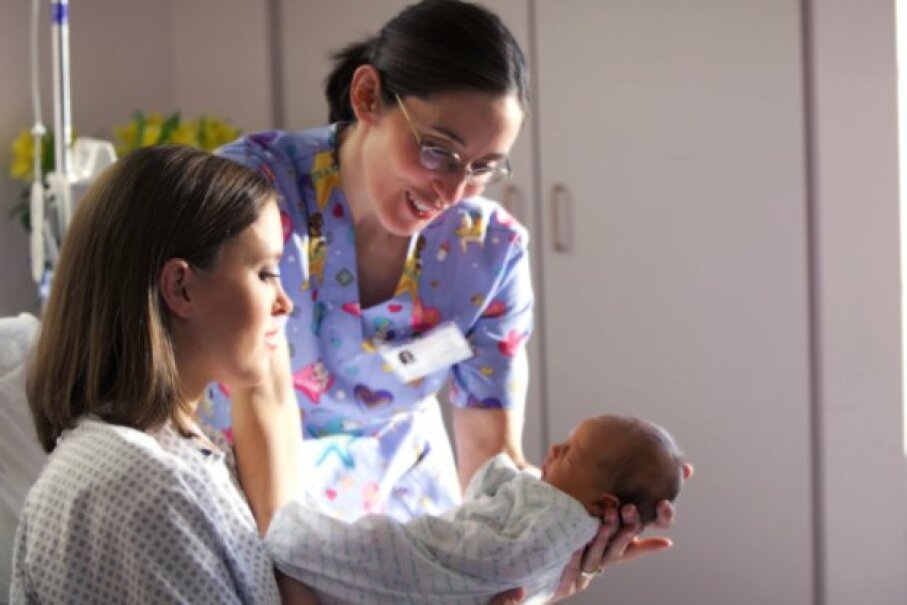 The Premium Tax Credit can help you pay for health insurance for yourself and your children. Photodisc/ThinkStock 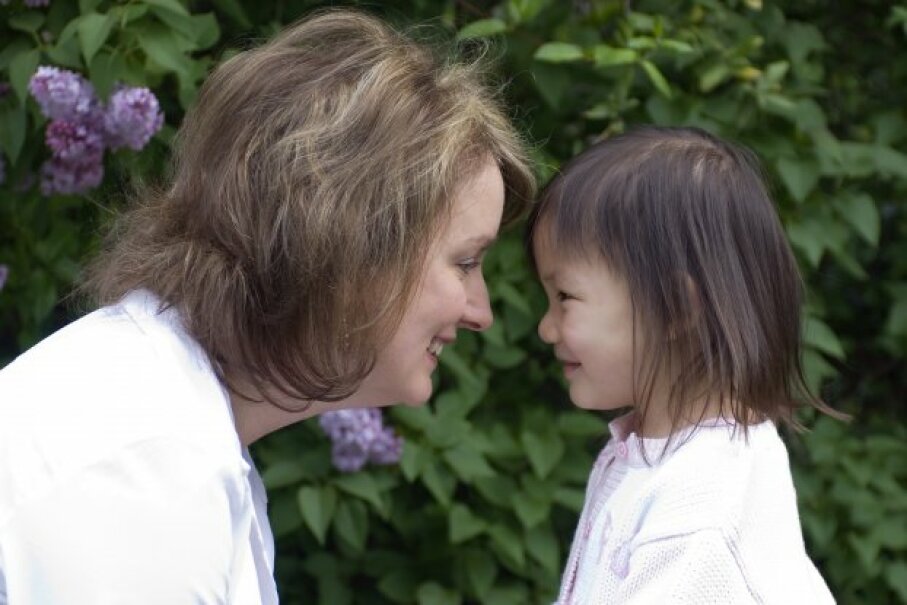 If you're a single parent who adopted a child, you can qualify for an adoption credit. Thomas Perkins/iStockphoto/ThinkStock

If you were one of the many single parents who completed an adoption in 2014, congratulations! The IRS has a gift for you, in the form of a tax credit.

The Adoption Tax Credit is designed to help offset all the expenses that go along with the adoption of a child under the age of 18 or an individual of any age who cannot care for himself or herself because of a physical or mental disability. Qualified adoption expenses include attorney fees, court costs and travel costs like lodging and meals that aren't reimbursed by another government entity or employer.

Keep in mind that when it comes to foreign adoptions, the Adoption Tax Credit isn't available until the adoption is final; in cases of qualified adoptees who are U.S. citizens, the credit can be claimed while the adoption is still in process and, if more expenses are incurred, the following year when the adoption is finalized. Even if the tax credit is received over two years, it still cannot equal more than the maximum amount per child of $13,190 [source: American Adoptions, IRS]. 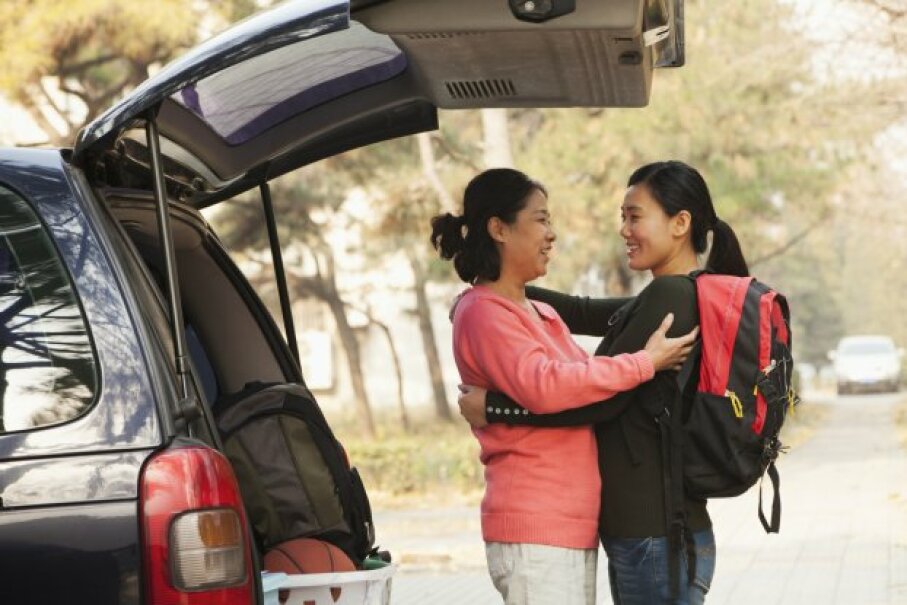 It's not a credit, but a 529 plan can help single parents at tax time. XiXinXing/ThinkStock

A 529 plan isn't a federal tax credit, but it's just as important. Especially for single parents whose children may someday attend college or post-secondary career training. You can even set up a 529 plan and name yourself as the beneficiary, something that could help you financially if your goal is to further your education. If plans change, you can change the beneficiary at no cost.

Essentially, a 529 plan is a state-administered savings account for college. The owner of the 529 account will make after-tax contributions into the account. As the contributions and interest add up, the earnings are not subject to federal tax as long as they are withdrawn for tuition and other qualified expenses, such as books, room and board and other fees [source: IRS].

The maximum contribution you can make to a 529 plan varies by state and there are lifetime limits to a 529 plan, which also vary. The important thing is that you do not make contributions that exceed the potential qualifying expenses because any leftover earnings could be subject to tax and penalties. That said, it is possible to rollover or transfer earnings or change the beneficiary to another eligible family member, such as a niece or nephew, or first cousin [source: Appleby]. 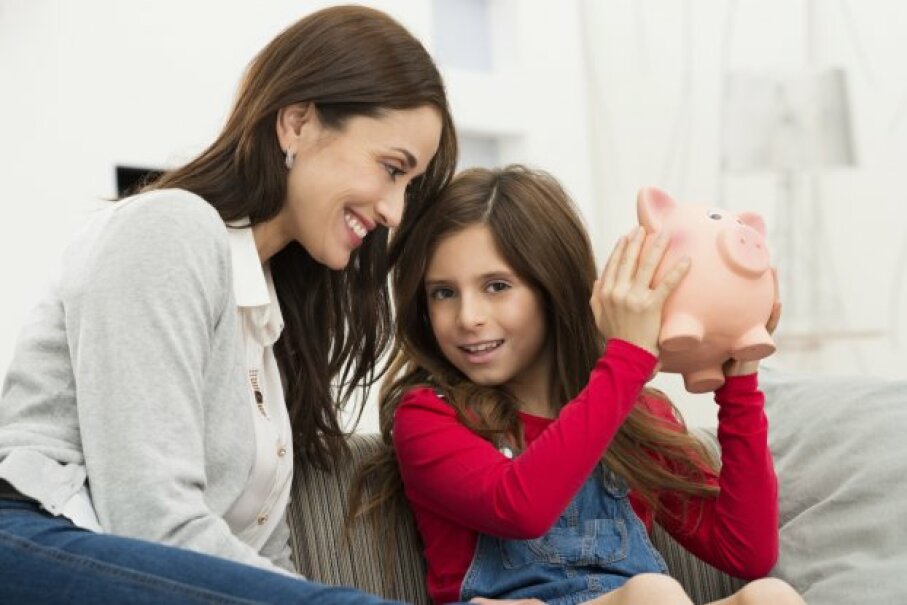 If you meet certain income and savings requirements, you can get a Saver's Credit. Ridofranz/iStockphoto/ThinkStock

Single parents, save! The federal Saver's Credit is designed to encourage taxpayers to save for retirement. It's geared toward low- and moderate-income workers and, depending on their income, could offer a boost to single parents, too.

To take advantage of a Saver's Credit, a single parent needs to contribute to an Individual Retirement Account (IRA) or an employer's 401(k) plan. The Saver's Credit is meant to offset a portion of the first $2,000 that is put into retirement savings, as long as the contributions are made during the tax year 2014 for a 2015 tax filing or, in the case of an IRA, made before April 15, 2015.

Certain restrictions do apply, though. A single parent filing as head of household could earn an income up to $45,000 in 2014 and still be eligible for the Saver's Credit. The credit is calculated based on filing status, adjusted gross income, tax liability and the amount contributed to qualifying tax programs. The maximum amount that could be received as a tax credit is $1,000 for single head of household taxpayers. To borrow an old adage about shoes and feet: If the saving fits, claim it [source: IRS].

The voluminous tax code can be difficult to wrap your arms around, let alone track the annual changes and understand how they impact how you file. Being diligent, whether by doing your homework or hiring a tax preparer, can make a difference. I've found my best strategy is somewhere in the middle. I get professional help for my taxes but try to understand which tax credits could be applied to my situation, too.