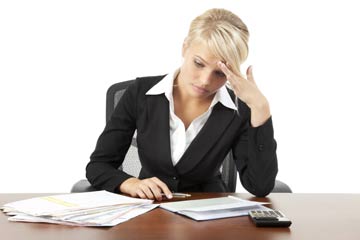 When you get laid off, what should you do about your 401(k)? See more banking pictures here.
Justin Horrocks/E+/Getty Images

There were rumors of layoffs at your company for months. Earnings were down, management brought in a team of consultants in dark suits, and the mood was bleak. Then you got the e-mail: the CEO called an "all hands" meeting for 4 p.m. today.

With a pit in your stomach, you and your colleagues march down to learn your fate. By 4:15, you and half of your department are in the human resources office getting a cheery speech about life after layoffs. The HR rep hands you a thick packet of information, smiles weakly, shakes your hand, and you're out the door. After ten years with the same company, you are officially unemployed. Now what?

Losing a job is a trying time, not least for financial reasons. You rely on that monthly paycheck to pay the mortgage, cover the bills, pay off debt and save for retirement. Which reminds you, what happens to the 401(k) account that you've been building up for the past decade? Can you keep the money where it is, or do you have to move it somewhere else? And if you decide to cash in the account, will you be taxed on that money as if it's income? Time to crack open that HR information packet.

If this situation sounds familiar, you're not alone. Whether you are laid off from a job or choose to leave, you need to decide how to manage the funds saved in your retirement account. If you choose to cash in the account, you will have to pay both income tax on the money, plus a 10 percent early withdrawal penalty for taking a distribution before the age of 59½ [source: Brandon].

To avoid a tax hit, most people opt to move the money from their 401(k), 403(b), pension program, or other qualified employee retirement account to an Individual Retirement Account (IRA). IRAs are offered by banks and investment houses and allow you to continue using that 401(k) money to buy stocks and bonds and save for retirement. Your employer is required to allow you to roll over the money into an IRA, but you have several options for making the move, each with its own rules, restrictions and tax implications.

Let's start by defining some important terms: transfer and rollover. The main difference between transfers and rollovers is that you can only transfer money between two retirement accounts of the same type -- an old 401(k) to a new 401(k), for example, or one traditional IRA to another traditional IRA [source: Charles Schwab]. If you want to move money between two different types of retirement accounts, however -- including 401(k) to IRA -- that's called a rollover.

We'll talk more about rollovers on the next page.

Direct rollovers are pretty simple. In most cases, your retirement account administrator sends the money directly to your new account and you don't have to do a thing. In some cases, your account administrator sends you a check made out to the new IRA "for the benefit of" you [source: Lewis]. The check will read something like "Touchstone Investment IRA FBO John Smith." Your responsibility is to mail the check to the new IRA. Since the money is never technically in your hands -- you can't cash an FBO check -- the IRS does not treat it as income and no taxes are withheld.

Indirect rollovers are a different story. With an indirect rollover, your administrator cashes out your retirement account and sends you a personal check called a rollover distribution. But the check you receive will not be for the full amount in your retirement account. If you are rolling over from an IRA, 10 percent will be withheld. If you are rolling over from a 401(k) or other qualified employee plan, your administrator will withhold 20 percent [source: IRS].

The good news is if you re-invest the funds in a new retirement account within 60 days, you won't owe any taxes or penalties. Here's the trick, though. The IRS requires that you re-invest the exact amount that was in the old retirement account, including any money that was withheld. So if your 401(k) was worth $10,000, and the administrator sent you a check for $8,000 (the total minus 20 percent), you will need to come up with $2,000 of your own money to re-invest the full $10,000 in a new IRA [source: IRS]. You'll get back the withheld $2,000 in the form of a tax credit.

Now let's look at the difference between rollovers and retirement account transfers.

A lot of people assume that they can always transfer or rollover retirement funds from an old 401(k) account into a new one. The truth is that your new job is not required to accept the money held in your previous 401(k) plan. Contact the administrator of your new retirement plan or talk to human resources to get the details.

Remember, in order to transfer money from one retirement account to another, both accounts need to be of the same type. For example, you can transfer money from a traditional IRA to a traditional IRA, or a 401(k) to a 401(k), but if you lose your job and want to consolidate your 401(k) savings into an IRA, that requires a rollover, not a transfer.

One of the biggest differences between transfers and rollovers has to do with taxes. As we explained, with indirect rollovers, the IRS requires that a percentage of your funds be withheld for tax purposes. And if you don't re-invest the rollover distribution within 60 days, you have to pay income taxes on the funds, plus an early withdrawal penalty if you are younger than 59½. When you conduct a transfer, however, the money is never in your hands, so the IRS has no right to withhold taxes or charge early withdrawal penalties.

Even better, the IRS doesn't have to know about retirement account transfers. With rollovers -- both direct and indirect -- the IRS requires taxpayers to report the rollover distribution on their 1040 income tax form, even if no taxes are owed. That's not the case with transfers. You can move large sums of money from one IRA to another and you don't even have to mention it to Uncle Sam [source: Charles Schwab].

There are also no restrictions on how many transfers you can do in the same year. With rollovers, you are limited to one rollover every 365 days, but you are free to make as many IRA-to-IRA or 401(k) to 401(k) transfers as you want.

Now it's time to answer the million-dollar (you wish) question: When does it make the most sense to do a transfer, a direct rollover or an indirect rollover? We'll share some tips on the next page.

Rollover or Transfer: Which Makes Sense?

In the majority of cases, direct rollovers and transfers make the most sense when moving money between retirement accounts. It's all about shielding your money from income taxes and early withdrawal penalties. With a trustee-to-trustee transfer or a direct rollover of 401(k) funds, the IRS can't touch your retirement money. But with an indirect rollover, there is much more potential for making a mistake that could cost you thousands of dollars in income tax plus a 10 percent early withdrawal penalty.

But no single investment strategy is right for everyone. Some investors might like the idea of getting their hands on a large chunk of cash, even if it's only for 60 days. Maybe you have an exciting short-term investment opportunity with the potential for large returns. If you choose the indirect rollover option, your 401(k) administrator will cut you a check with a promise that you'll re-invest the full amount in a new IRA in 60 days or less. In the mean time, you are free to use that money as you please. The risk, of course, is that you could lose the money. If you can't come up with the full amount in 60 days, you'll owe income tax plus penalties.

Another option is to do nothing. No rollover, no transfer, just let the money stay in your old 401(k). If you have $5,000 or more in the account, you usually don't have to contact the administrator. But if you have less than $5,000, some 401(k) plans automatically liquidate the funds, so you have to act quickly to secure them [source: Fidelity].

What are the advantages of leaving your money in a 401(k)? Large 401(k) plans negotiate competitively priced investment options that you might not get with an IRA. Or you anticipate getting a job at another corporation soon and decide to leave it there until you can transfer it. Older workers have another reason. If you lose a job at 55 or older, you can make penalty-free withdrawals from a 401(k) even before age 59½. You can't do that with an IRA. However, you can't add any further money to the 401(k) once you stop working at the company [source: Fidelity].

For lots more retirement investment and planning tips, check out the related HowStuffWorks links on the next page.

Think twice before cashing in a 401(k) plan after being laid off. After income taxes and early withdrawal penalties, a $50,000 nest egg could drop to $29,000 or less [source: Fidelity]. Under certain "hardship" conditions -- medical expenses, threat of eviction, educational expenses -- the IRS will waive the early withdrawal penalty, but you still have to pay income tax on the money [source: IRS].

Researching this article made me appreciate the importance of semantics -- knowing the right definition for the right word. I think that when most of us hear the phrase "401(k) rollover," we assume that it's a direct transfer of funds from one retirement account to another. But that's only true of direct rollovers. If you lose a job and tell your 401(k) plan administrator that you want to "roll over" your money to an IRA, he or she is required to provide information about the tax implications of a direct vs. indirect rollover, but that doesn't mean that the information will be clear or that you'll fully grasp the difference. And when you get that huge check in the mail, you might not know about 20 percent withholdings and 60 day limits and the other IRS mumbo jumbo that could land you in deep financial trouble. The difference between direct rollover, indirect rollover and transfer might seem like semantics, but it's really a big deal.