Can investments be risk-free?

The Closest You'll Get to a Guarantee 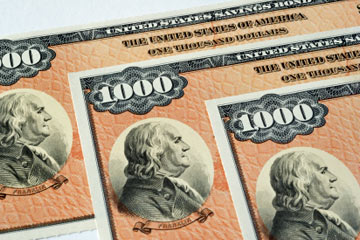 U.S. Treasury bills are considered truly risk-free because they are backed by the credit of the U.S. government.
©iStockphoto.com/Richard Cano

More than any other low-risk investment, U.S. Treasury bills, or T-bills, are considered to be truly risk-free because they are backed by the full faith and credit of the U.S. government [source: Bankrate]. Investors buy T-bills at a small discount off the face value, and then sell the bill back to the government at full face value upon its maturity date. While the rate of return is relatively low, T-bills are available in short terms ranging from four to 52 weeks, reducing the inflation risks associated with locking up money at a low rate for an extended period of time.

While some analysts and academics argue that T-bills carry at least a small, theoretical risk that the U.S. government might default on its loans, this investment vehicle is so widely regarded as safe that the 90-day T-bill is used as the benchmark for something called the "risk-free rate of return," that is, the interest that an investor would expect to earn from an absolutely, positively risk-free investment [source: Schmidt, Investopedia]. The risk-free rate of return is only theoretical, but it is used to determine acceptable risks, prices and interest rates for higher-risk investments [source: Schmidt].

Of course, if you really want to keep your money where you can see it and access it any time, there's always the old trick of stuffing it under your mattress. Technically this one isn't an investment at all, since an investment by definition seeks to turn an existing amount of money into a larger amount of money, and the goal of hiding money in your mattress is simply to protect the cash you've already got.

It's true that the money you hide in your mattress will be safe from Wall Street crashes, bank collapses and most government conspiracies, but hoarding cash this way leaves you vulnerable to the dangers of theft, fire and inflation. If your nest egg isn't growing at least at the rate of inflation, that money you stashed years ago will be worth less in adjusted dollars than it was when you socked it away.