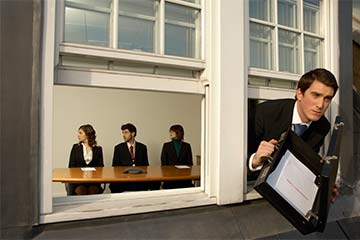 What happens if you hide assets during a bankruptcy filing?
bilderlounge/Getty Images

Times are tough. You lost your good-paying job, can't find another and the bills just won't stop coming. You feel like you have no choice but to file for bankruptcy. Under bankruptcy laws, you need to truthfully report all of your assets, like your home, cars, jewelry and furniture. The items can then be sold to pay off your debts. But you don't want to lose Aunt Vina's diamond ring, or that comfy new leather recliner you just bought. What to do ...

How about just giving the ring and chair to your daughter? Then, in a few years when all of this bankruptcy stuff is over, you can take the items back. Guess what? If you do that, you've committed bankruptcy fraud, which is a felony. You could be fined for this white-collar crime and even land in jail.

The U.S. bankruptcy system is set up to help people get back on sound financial footing so they can become economically productive members of society. It's not a punitive system. But it also aims to help creditors -- those who are owed money -- get as much of their IOUs paid back as possible. Because of this dual purpose, the bankruptcy system is counting on debtors to truthfully disclose all of their assets and liabilities so a fair settlement can be made. Creditors must also be forthcoming about the amount a debtor has already repaid.

Unfortunately, debtors (and to a much lesser extent, creditors) sometimes try to take more than their fair share. This has been a growing problem since the early 2000s, when bankruptcy became less stigmatized. Once that happened, a surge in filings -- and abuse -- followed [source: FBI].

The concealment of assets is by far the most common form of bankruptcy fraud, comprising nearly 70 percent of all cases [source: Cornell University Legal Information Institute]. If a debtor doesn't want a particular item to be sold to pay a creditor, he just leaves it off his list of assets. Similarly, he may hide items through fraudulent transfers; e.g., giving assets to someone else to temporarily keep, like the previous example of giving your diamond ring and recliner to your daughter. In that case, both you and your daughter would be guilty of bankruptcy fraud, assuming she knew you were trying to shield those assets by giving them to her [source: Criminal Defense Lawyer].

Another fast-growing form of bankruptcy fraud is perpetrated by "petition mills" on people facing eviction or foreclosure. These scam businesses offer to keep you in your home for a fee or may even ask you to pay your mortgage to them. But once they have your money, they simply open a bankruptcy filing in your name, sometimes without telling you. While the filing can temporarily stop an eviction or foreclosure, if you don't get on board with the bankruptcy and proceed (perhaps because you don't know about it), your case will be dismissed and the eviction or foreclosure will resume [source: The United States Department of Justice].

Keep in mind the asset concealment must be intentional. If you didn't disclose the diamond ring on your bankruptcy asset form because you genuinely forgot you had it, that would not be considered fraud. But you'd better explain that to your bankruptcy trustee (the person overseeing your bankruptcy case) as soon as you remember about the ring [source: Total Bankruptcy].

Bankruptcy Fraud: How It's Uncovered

Many groups are on the lookout for bankruptcy fraud. The Department of Justice's U.S. Trustees Program (USTP) oversees our bankruptcy system and is the key player in identifying fraud. Its main targets are suspects filing in multiple states, cases involving large sums of money and cases where organized crime might be involved. When fraud is suspected, the USTP passes on the details to the appropriate U.S. attorney and the FBI, the main investigative agency. FBI personnel will begin interviewing people and reviewing financial documents. They may also employ undercover operations and electronic surveillance to gather evidence [source: FBI].

The Internal Revenue Service (IRS) also keeps an eye out for bankruptcy fraud, since it's often a major creditor when someone files. In 2013, for example, the IRS opened 28 bankruptcy fraud investigations; 12 people were eventually sentenced. Besides the IRS, there are 90-plus bankruptcy fraud/mortgage fraud groups and specialized task forces in action trying to sniff out criminal activity with the help of the USTP [source: U.S. DOJ]. Sometimes professionals such as certified public accountants spot fraud, too; nearly half of all bankruptcy fraud referrals to law enforcement come from tips, according to the Department of Justice's Office of Inspector General.

Fraud can be suspected for many reasons: errors or omissions in a bankruptcy filing, filing in several states, transferring assets shortly before filing and lying under oath. People who commit bankruptcy fraud also often commit complementary crimes such as credit card fraud, identity theft, mortgage fraud, money laundering and mail and wire fraud, so uncovering one type can lead to the discovery of another [source: FBI].

If you suspect someone of committing bankruptcy fraud, immediately contact the nearest office of the United States Trustee using its Nationwide Office Locator. 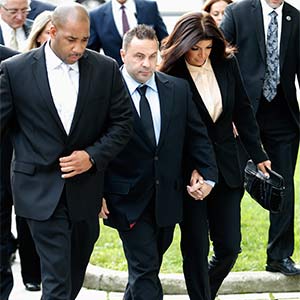