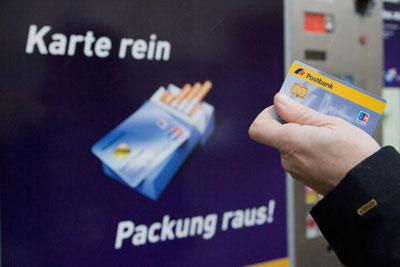 As of Jan. 1, 2007, Germans could use their credit cards for cigarettes from vending machines. See more debt pictures.
Andreas Rentz/Getty Images

Your credit score has a humble history. In the 1950s, engineer Bill Fair and mathematician Earl Isaac devised a mathematical formula to help creditors analyze data. Their idea was simple but radical: a credit scoring system. It didn't catch on at first, but then Conrad Hilton (founder of Carte Blanche, one of the world's first credit cards) and Montgomery Ward started using credit scores in the late 1950s and early '60s [source: Fair Isaac].

The Fair Isaac Corporation refined its formula as Americans became more dependent on credit. As a result, your FICO score -- the number between 300 and 850 that most people refer to as a credit score -- became widespread. And in 1989, the first general FICO score was issued by a major credit bureau. The score represented -- and still does -- a culmination of your credit worthiness.

Image Gallery: The Burden of Debt

The global consumer economy is based largely on borrowing money. Americans buy homes and cars through loans from banks. Even smaller purchases can be made with credit cards. When people borrow this money, they're charged interest. The money generated from interest is how banks and other creditors earn profits.

Interest can be levied simply as the cost of doing business, as on short-term or revolving loans like credit cards. For long-term loans -- like home mortgages -- interest is levied to offset inflation. In the future, the money you pay back might not be worth as much as it was when it was lent to you since the value of currency fluctuates over long periods of time.

Borrowing money costs you money. And borrowing can be expensive or relatively cheap, depending on your FICO score. The score is essentially a quantification of the risk you pose to your creditor. Have a high score? This generally indicates that you're likely to pay back the loan on time and consistently. Hence, you're charged less interest. The converse is true as well.

So what is the average credit score? Find out on the next page. 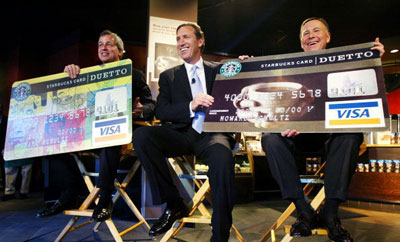