How does GPA affect financial aid? 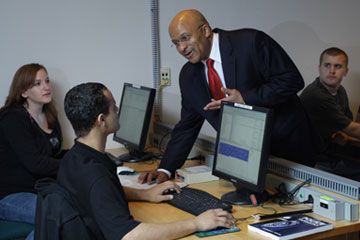 The price of college has soared in recent years.
Photo courtesy of Maryland.gov

As the four-year college tuition continues to stretch toward the quarter-million-dollar mark, it's no longer just low-income students who find themselves at a loss. Middle-class families are being priced out of higher education as costs for tuition and fees increase at record rates every year. Columbia University in New York charged more than $51,000 per year as of 2008 [source: Weiss]. That's for the same four-year degree that cost $20,000 in 1990 [source: Weiss].

Two-hundred-thousand dollars is simply out of range for most students. Even the $40,000 charged by some state schools is a tough amount to cover. Which is why financial aid is now a $168 billion per year industry, with most U.S. undergraduates receiving some sort of monetary assistance in their pursuit of a bachelor's degree [source: CollegeBoard]. There are a lot of options available when it comes to financing higher education, including federal and state loans, private loans, and various types of scholarships and grants. Some of these forms of assistance are fairly easy to obtain. Others, namely the scholarships and grants (which don't have to be repaid), are extremely competitive.

There are basically two types of aid available: need-based and merit-based. Need-based aid is determined almost solely on income level. The lower the income, the more aid can be offered. Merit-based aid, on the other hand, is awarded based on achievement, whether academic, athletic or in some extracurricular discipline. National scholarships, the most competitive types of aid, are typically solely merit-based.

The one thing all types of aid have in common, aside from making college more affordable, is the necessity to apply oneself to the studies at hand, whether that's in order to qualify for assistance or to maintain eligibility for money already granted. Grade point average (GPA) is a big part of that. In this article, we'll examine the effects of grade point average on financial aid awards. GPA factors in both before and after the application process.

The biggest hurdle in the financial aid process is securing assistance in the first place. And whether the program is based on need or merit, GPA plays a role.

Getting (and Keeping) Financial Aid 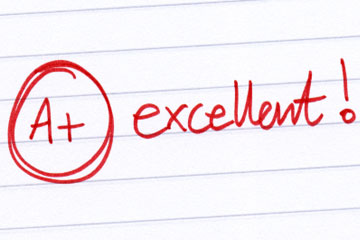 Despite your other accomplishments, you'll likely still need a high GPA to secure competitive scholarships.
©iStockphoto.com/topshotUK

Generally speaking, few merit-based scholarships consider students with anything below an A average. The most prestigious national scholarships typically go to those with a perfect 4.0 grade point average (GPA) coming out of high school.

GPA isn't the only consideration, of course. SAT/ACT scores and excellence in a particular area (such as basketball or music) also factor into the equation. But the GPA requirement is often non-negotiable, if only because scholarships and grants are so competitive. Let's say 10,000 students are applying for five scholarships, and the qualifications call for a 3.8 GPA. Reviewers probably won't even bother opening the full application for students with a 3.7 if there are plenty of applicants who meet or exceed the GPA criteria [source: FinAid].

Need-based aid relies far less on GPA and academic performance in general than the merit-based grants. This type of aid, which includes Stafford Loans, Pell Grants and the majority of discounts offered by institutions, looks almost exclusively at income -- the basic capacity to cover the costs of a college education. Still, GPA does play a role in getting admitted to a school in the first place. Most schools require a GPA verification form alongside the FAFSA (Free Application for Federal Student Aid) an applicant sends in to qualify for federal, need-based assistance. The GPA thresholds vary by school, but for a university, it's always a factor.

The GPA considerations don't end once the student qualifies for assistance. Academic performance is a constant consideration, and students who drop below a certain pre-determined GPA for any semester risk losing their aid package, whether it's public or private, federal or state, scholarship or loan. There are "academic progress" requirements for any type of assistance. Most commonly, this entails maintaining a minimum GPA (sometimes as low as 1.75, sometimes as high as 3.0) and passing some minimum percentage of the credit hours a student is enrolled in.

For this reason, it's absolutely crucial that anyone receiving financial aid and needing to leave school officially withdraw from classes instead of just not showing up and taking an F. Failing classes can not only make financial aid go away; it can also make it so that money initially awarded debt-free must be paid back, and students who don't pay it back can't re-enroll in school or re-qualify. Letting a GPA drop below the minimum can pause or even end the pursuit of a college degree.

For more information on financial aid and related topics, look over the links on the next page.