University campuses are important training grounds for the next generation of professionals in virtually every industry, and the armed forces are no exception. As with employers from any other field, military recruiters are interested in pursuing the best and brightest, and the Reserve Officers' Training Corps (ROTC) is a critical and historically deep talent pool. ROTC is a college-based program designed to prepare students to become military officers upon graduation, and it offers financial awards to help them pay for their educational costs.

Training students for combat as part of academia dates back to 1862 with the passage of the Morrill Land-Grant Colleges Act [source: U.S. Department of Agriculture]. This Civil War-era legislation granted land to the Union states to establish colleges that would teach agriculture, mechanics and military strategy. When the war ended, the grants were extended to every state and territory.

The requirement that military tactics be part of the curriculum planted the seed that would eventually grow into today's ROTC. The first formal ROTC program was created at Norwich University in Vermont, the oldest private military college in the United States [source: Norwich University].

Today, ROTC programs can be found on more than 1,300 college campuses around the country, regardless of the school's civilian or military affiliation, and are offered by the Army, Navy, Air Force and Marine Corps [source: College Board]. ROTC is generally elective for students at civilian colleges and universities but is required of students attending most military colleges.

ROTC isn't limited to postsecondary education. JROTC, or Junior Reserve Officers' Training Corps, is a high-school based program designed to educate students about the opportunities that exist in the armed forces and potentially steer them toward military careers.

Students that participate in these programs span the educational and socioeconomic spectrum, from those looking to become career soldiers to students interested in post-graduate careers outside the military in fields such as medicine and law. Although it's sometimes thought that military service draws mainly minorities and men and women from disadvantaged backgrounds, research has shown that 40 percent of Army ROTC participants come from the wealthiest neighborhoods [source: Watkins].

Regardless of a student's financial background, the ROTC scholarships are a major draw for many enrollees. And because the scholarships are based on merit rather than need, all students are eligible. In this article, we'll discuss how students can use ROTC as a means to pay for higher education. Up first, let's look at qualifications and how to apply for ROTC scholarships.

Qualifying and Applying for ROTC Scholarships

Just as each branch of the United States military differs according to where and how they serve, there are also slight differences in how they administer financial aid for college students.

Army ROTC is the most common program, with more than 32,000 cadets enrolled in programs across the United States in 2010 [source: Fox News]. In fact, more than half a million officers have been commissioned through Army ROTC [source: U.S. Army: Legacy]. It is also generally regarded as the broadest program, offering the widest scope of training in the most careers.

Some of the eligibility requirements for Army ROTC scholarships are:

The Navy and Marine Corps share the NROTC program, which manages units on about 160 campuses nationwide [source: Today's Military]. The eligibility requirements and the application process are the same regardless of which branch a student is interested in. The scholarships offered and eligibility requirements are comparable to those of Army ROTC, but slightly higher SAT and ACT test scores are needed. Navy and Navy Nurse Corps scholarship candidates must have an SAT verbal score of 530 and math score of 520, or an ACT English score of 22 and math score of 21; the Marine Corps requires a total SAT score of 1000 or an ACT score of 22 [source: U.S. NROTC: Scholarship]. Applicants may apply online or with a Navy or Marine Corps recruiting office during the spring semester of their junior year of high school.

The Air Force, which has more than 140 units in college campuses, is the most selective ROTC program, requiring at least an 1100 SAT score or an ACT score of 24 or higher [source: Today's Military, U.S. AFROTC: Scholarships]. Although the citizenship, age and physical requirements are similar to the Army program, AFROTC scholarship applicants should also be in the top 40 percent of their graduating class with a cumulative GPA of 3.0 or higher. The types of scholarships offered are also similar to those of other branches. Once the applicant has applied and met these initial qualifications, an interview is scheduled with an Air Force officer before a selection board makes a final decision.

Of course, qualifying for an ROTC scholarship is only the beginning of the process. In the next section, we'll discuss the post-graduate commitments required of recipients.

ROTC and the Coast Guard

The Coast Guard does not offer traditional ROTC programs, but does offer the Coast Guard Student Reserve for students from 17 to 28. The students must commit to two summers of training and one weekend of service every month during the school year. Participants are paid for service and begin reserve duty once training is complete.

By accepting an ROTC scholarship in any of the armed forces, students are required to complete some military course work and training during college in addition to their normal coursework. Also, all enrollees must commit to serving on active duty when they graduate. The length of time varies slightly between each branch and the terms of the scholarship itself, but all recipients are commissioned as officers in their respective branch upon graduation.

Army ROTC cadets who receive four-year scholarships are required to serve in the Army for eight years. Four years must be active duty and the balance may be served in the Individual Ready Reserve (IRR). Cadets in college who accept three- or two-year scholarships may have lesser service terms.Army ROTC cadets are commissioned as second lieutenants upon graduation [source: U.S. Army: Scholarship].

AFROTC scholarship cadets, once they've completed their academic degree requirements, are commissioned as second lieutenants in the Air Force. Most cadets that complete the Professional Officer Course are responsible for serving four years of active duty, but there are some exceptions. Pilots are required to serve 10 years, and combat systems officers are required to serve six [source: U.S. AFROTC: Careers]. The extra commitment is based on the amount of additional training and resources committed to these students.

These are some of the general terms of accepting ROTC scholarships, but students interested in pursuing any of these options should speak with a military recruiter in their area who can help them make an informed decision.

In the next section, we'll discuss some of the benefits and drawbacks to ROTC scholarships.

Until the 1940s, the closest women could come to serving in the military was the Army Nurse Corps, which began in 1901. The Women's Army Corps was created as a way to bolster military personnel during World War II, but it wasn't until 1976 that Army ROTC commissioned its first group of women officers. Today, 20 percent of cadets are women [source: U.S. Army: Legacy].

The Pros and Cons of ROTC Scholarships

All kinds of students choose to participate in ROTC, and the reasons why they do so are as varied as the cadets themselves. Some see it as the most logical means to pay for college without the burden of paying back student loans. Others are driven by a sense of duty or service. And still more are simply interested in pursuing extracurricular activities on campus.

Whatever the motivation, the benefits can reach much further than footing the bill for school. For one, ROTC students are guaranteed steady employment after graduation. Service in the armed forces is not influenced by the same economic and industrial fluctuations that impact other fields, so while their classmates might enter an ultra-competitive workforce with little real-world experience, ROTC grads have been trained to enter a specific job when their classroom commitments are complete.

As you learned on previous pages, ROTC graduates are commissioned as officers when they enter active duty. This opens the door to opportunities for specialized training once they take their positions and accelerates their development as soldiers and professionals. Officers are also given more postgraduate educational opportunities and advanced leadership training, which makes them ready for management and other influential positions.

But there are also sacrifices that come with service that must be considered when weighing an ROTC scholarship. First and foremost, the active duty commitment is a serious one. Dedicating up to eight years to the military is a significant investment that will impact every decision a student makes from the time he accepts the scholarship until the day he is discharged.

There are on-campus ramifications as well. While an ROTC student's lifestyle is not dramatically different from that of any other student, there are certain commitments such as physical training, team drills and special events involved that most college students do not have to juggle. Waking up hours before the first class of the day to participate in a training exercise might not be the image most students have of campus life, but for ROTC students, it's part of the commitment.

ROTC can be a great way to jump-start a career in the military while working toward a degree in a student's chosen profession, but there are many things to consider when deciding whether pursuing an ROTC scholarship is the right move. Read on to find lots more information about ROTC programs, the military and paying for college. 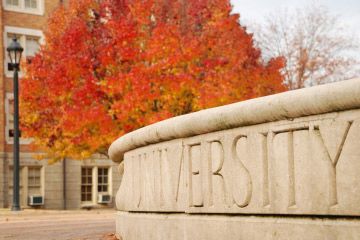 Up Next
How Scholarships Work
Explore More 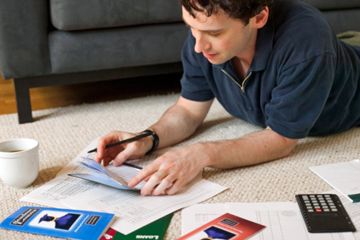 You May Like
How Private Grants Work
Explore More