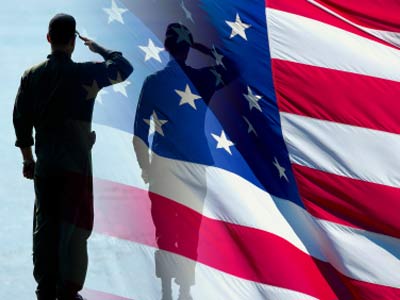 The U.S. Military is a volunteer military so it relies heavily on recruitment to supply its ranks.
©iStockphoto.com/ Kriss Russell

The U.S. Military is a volunteer military. That doesn't mean that members of the military are volunteering their time without pay -- it simply means that they're serving of their own accord and not because they were forced to do so by law.

As a result of the volunteer military, the United States relies heavily on recruitment to supply its ranks. They offer competitive pay and a number of benefits to those who are willing to make the commitment, both of which are multiplied if members decide they want to become an officer. To do this in the U.S. Army, you must complete one of four programs. You can attend the U.S. Military Academy at West Point, become a member of the Army Reserve Officers' Training Corp (also known as Army ROTC), attend Officer Candidate School or become an officer through direct appointment [source: Careers in the Military].

All of these programs require applicants to be at least 17 years old with a high school diploma. The U.S. Military Academy, as well as the Army ROTC, also require that you be working toward a four-year college degree. In order to be eligible for Officer Candidate School or direct appointment, you must already have a four-year college degree. On top of that, you'll be required to pass a medical exam as well as a background investigation [source: USMC].

Making a commitment to the U.S. Military generally means signing a contract for eight years. Anywhere from two to six years will be spent enlisted in active duty. Only 16 percent of the military is made up of officers and the process is selective to say the least [source: BLS]. Officers are considered the leaders of the military and they're responsible for the other 84 percent of personnel who serve.

However, with more responsibility also means more benefits. Read on to find out what those are.

For more information on volunteering with the military, see the links on the next page.