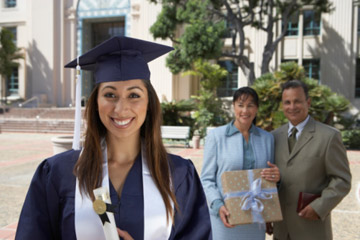 Make sure you put your 529 earnings on your FAFSA form. You and your child could literally pay for it if you don't.
Barry Austin Photography/Getty Images

Money deposited into and drawn from a 529 does have an effect on financial aid eligibility. However, that impact has been greatly reduced by changes to the law.

If the 529 account is owned by the parents, the amount in the account will count as a parental asset. Such assets count at a maximum of 5.64 percent toward the family's eligibility for aid [source: SavingForCollege.com]. Since 2010, student-owned 529s are also calculated as assets at the 5.64 percent rate as long as the student files as a dependent on the Free Application for Federal Student Aid (FAFSA) and includes parent assets and income. If the student doesn't meet these conditions, the 529 assets will be calculated at 20 percent [source SavingForCollege.com].

When money is drawn from a 529 to pay expenses, the amount that the investment earned would be considered income (even though it's untaxed). However, that amount of income is not counted against the student when determining next year's financial aid eligibility.