The Industrial Revolution was both a blessing and a curse. It was a blessing for the bank accounts of wealthy industrialists, but a curse for poor, uneducated workers who slaved away in dangerous factory jobs for inhumanely long hours and little pay.

In early 19th-century Great Britain, it was not uncommon for a factory worker just eight or nine years old to work a 14-hour day and receive a brutal beating for tardiness or falling asleep at the machines. All this for a penny an hour.

It took nearly a century for the cries of women, children and other mistreated factory workers to reach the ears of politicians.

In the 1890s, Australia and New Zealand were the first countries to establish minimum wage laws. In 1909, Great Britain passed the Trade Boards Act, which included provisions for negotiating fair wages in many industries. In the United States, Franklin D. Roosevelt pushed through minimum wage and worker's rights legislation in 1938 as part of his New Deal reforms.

These laws were the first to establish the basic working conditions that most modern workers take for granted: the eight-hour workday, overtime pay, the minimum age for work and the minimum living wage or minimum wage, as it's commonly called.

Keep reading to learn more about who's eligible for minimum wage, how different countries enforce minimum wage laws and some of the arguments for and against minimum wage.

In the United States, the federal minimum wage is regulated by the Fair Labor Standards Act (FLSA), first signed into law by Franklin D. Roosevelt in 1938. Roosevelt fought for years with a Supreme Court that repeatedly ruled against a fixed minimum wage, arguing it violated "liberty of contract" between employers and workers [source: Grossman].

It wasn't until after Roosevelt's landslide victory in the 1936 elections (523 electoral votes to 8) that the Supreme Court finally relented, paving the way for the passage of the FLSA. But the FLSA establishes more than just the national minimum wage. It also regulates overtime pay, youth employment standards and recordkeeping provisions for all public and private sector jobs in America.

Federal minimum wage law is enforced by the Wage and Hour Division (WHD) of the Department of Labor. If the WHD discovers an infraction, it will first try to resolve the situation by bringing the employer into compliance and making sure that the wronged employees are paid any back wages. Repeated failure to comply with the FLSA can result in fines as high as $10,000 or even jail time.

Many states also have their own minimum wage laws. Currently, 27 states and the District of Columbia have minimum wages that exceed the federal standard. The state of Washington, for example, has the highest minimum wage, at $8.55 an hour. Six states have set minimum wages lower than the federal level, with Kansas being the lowest at $2.65 an hour. In all situations, employers must pay their employees the higher of the two minimum wages, whether federal or state.

More than 130 million workers in the U.S. are covered by the FLSA. In the next section, we'll talk about the kinds of jobs that qualify for minimum wage protection.

The Federal Labor Standards Act (FLSA) goes into great detail about who qualifies for coverage under federal minimum wage law and who doesn't.

For example, all workers who produce goods or supply services that cross state lines qualify for minimum wage. Interestingly, the federal government has a very broad definition of what qualifies as interstate commerce.

The most common example of interstate commerce is a factory worker who produces goods that are shipped and sold to retailers in other states. But even the janitor who cleans up that factory qualifies as a participant in interstate commerce. Also, anyone who handles a credit card payment (a waiter, a sales clerk, a grocery store check-out person) is technically contributing to interstate commerce since the payment is electronically processed at a remote location [source: U.S. Department of Labor].

Any business that does more than $500,000 a year in sales (before taxes) needs to pay its employees at least minimum wage. The same is true for any business that supplies essential public services like hospitals, medical and nursing care, schools and government agencies.

Certain service industry workers are covered by minimum wage law, too, including day laborers, housekeepers, cooks, nannies, chauffeurs and more. To qualify for minimum wage in a service industry, you need to work at least eight hours a week for a single employer and earn at least $1,500 a year from that job.

A slightly different standard applies to workers who are younger than 20 years old. According to the FLSA, an employer can pay a youth worker as little as $4.25 an hour for the first 90 consecutive days of employment, after which the regular minimum wage applies.

Waiters and other "tipped" professions fall into a special category if they receive at least $30 a month in tips. Employers must pay tipped employees a base salary of no lower than $2.13 an hour. After tips are added in, however, no employee can make less than the standard minimum wage. So if tips are low, the base hourly wage must be higher to make up the difference.

In the next section, we'll look at some minimum wage laws from around the world.

Minimum Wage Around the World

Outside of the United States, there has been some resistance to setting a fixed national minimum wage. In many European countries, there's a solid tradition of collective bargaining. In Italy, for example, there are no federal minimum wage laws. Instead, workers rely on strong labor unions to negotiate fair wages across different industries. The same is true for all Scandinavian nations.

Until very recently, Germany also had no federal minimum wage laws, relying instead on the power of collective bargaining. But workers in a number of industrial sectors began to ask the government for special wage protections beginning with several construction-related trades in 1996 [source: Hornig]. The Trade Boards Act of 1909 had established a system for negotiating fair wages, but the United Kingdom had never gone as far as instituting a national minimum wage in the style of the United States.

The current British National Minimum Wage (NMW) laws are even broader than the FLSA, essentially covering all workers who aren't self-employed. There are three different minimum wage rates in the UK depending on the worker's age:

Arguments For and Against Minimum Wage

The minimum wage is a hot-button issue for politicians and economists. Every time an amendment comes before the U.S. Congress to raise the minimum wage, advocates and critics pull out some convincing arguments to win over public opinion.

The most common argument in support of the minimum wage is that it protects the workers at the lowest rung of the socio-economic ladder. These workers, many of whom represent marginalized groups (women, minorities, youth workers, the disabled, and so on), simply don't have the bargaining power to fight for a minimum living wage without government intervention.

Opponents of the minimum wage claim that a fixed minimum wage actually hurts the same low-rung workers it vows to protect. The minimum wage, they say, is an artificial, government-imposed value for an individual worker. The real value of a worker should be decided in the open market.

For example, if a young worker is applying for his first job as a machinist at a factory, the owner of the factory knows that the worker won't produce as many widgets as a more experienced employee. For the factory owner, this employee will clearly bring in less money. Therefore, he deserves a lower hourly pay.

Opponents of the minimum wage argue that if the factory owner is forced to pay that young worker an artificially high minimum wage, then he will choose not to hire the worker, because it won't make financial sense. So, in this scenario, instead of working for less than minimum wage until he gets more experience, the young worker is now unemployed [source: Kibbe].

Economists on both sides of the issue hold up study after study proving that the minimum wage either does or doesn't contribute to a rise in unemployment, so that issue remains unresolved.

Another argument against minimum wage is that it contributes to inflation. Here's how it works: If a manufacturer is suddenly forced to pay his workers $7.25 an hour instead of $6.55 an hour, he needs to raise the price of his product to recoup the costs. This is called cost-push inflation and some economists believe raising the minimum wage is one of the worst culprits.

Other critics say that so-called "full-time" minimum wage workers don't really exist. Instead, they claim, most minimum wage workers provide second or third sources of income to a household and are often middle-class kids working summer jobs. According to U.S. Census statistics, the average annual salary of a family with a minimum wage worker was $43,000 in 2006 [source: Blake].

For lots more information on inflation, interest rates and other important economic principles, follow the links on the next page. 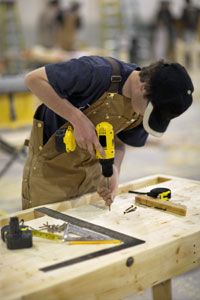 Up Next
Do we work harder when paid hourly?
Explore More 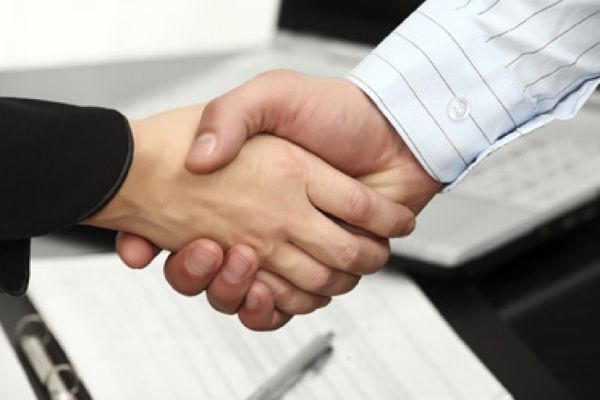 You May Like
How Labor Unions Work
Explore More