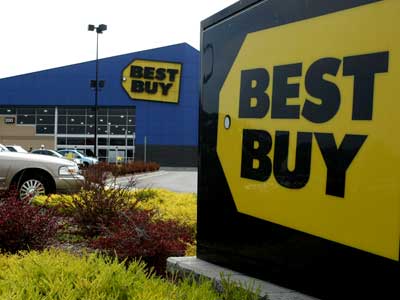 ­From a fiscal perspective, statistics show that gift cards aren't the savviest holiday gift choice for the consumer. For starters, between 8 and 10 percent of gift cards go unredeemed. They sit in the back of people's wallets, hide away in clothes drawers or get tossed into the trash accidentally. Those stray gift cards added up to a whopping unspent $8 billion in 2007 [source: Nolan]. That's more than double the amount of annual credit and debit card fraud in the United States [source: TowerGroup]. Best Buy corporation profited $43 million in the 2006 fiscal year thanks to neglected gift cards [source: ConsumerReports]. When companies claim the profits from unredeemed gift cards as income, it's referred to as breakage.

State governments have been vying for a slice of that breakage pie. More than 30 states have enacted laws to equate unused gift cards as unclaimed property after designated time periods or gift card expiration dates [source: Associated Press]. These escheat laws allow states to collect a portion of the profits of the unredeemed gift cards from their respective companies. States are able to do this with retail and restaurant gift cards because closed loop gift cards are subject to state-level oversight. The federal government handles open loop ones from banks and credit card companies. Although not all companies willingly comply with escheat laws, many states, including Delaware, Alabama and Indiana, have added millions of dollars to their coffers thanks to abandoned gift cards.

In a testy economy, retail and restaurant gift cards carry an added risk of becoming worthless as well. If you buy a gift card from a store, and that store shuts down before someone cashes in the card, it's basically as good as gone. When Sharper Image declared bankruptcy in 2008, it did so with around $20 million left in outstanding gift cards. To remedy the situation, the stores were allowed to accept the gift cards -- but only as long as the shopper spent double their cards' values.

­When the economy is in a downturn, it may be more prudent to spend a little more time and seek out gift card alternatives for a better bargain. Retailers want customers in their stores, and will crank up the s­ales to make that happen. In that case, instead of snagging a $50 gift card, you could leave with a sweater marked down to $35. Even if the recipient isn't a fan of argyle and wool, it's the thought that counts, right?