Browse the article How Do Dollar Stores Make Money? 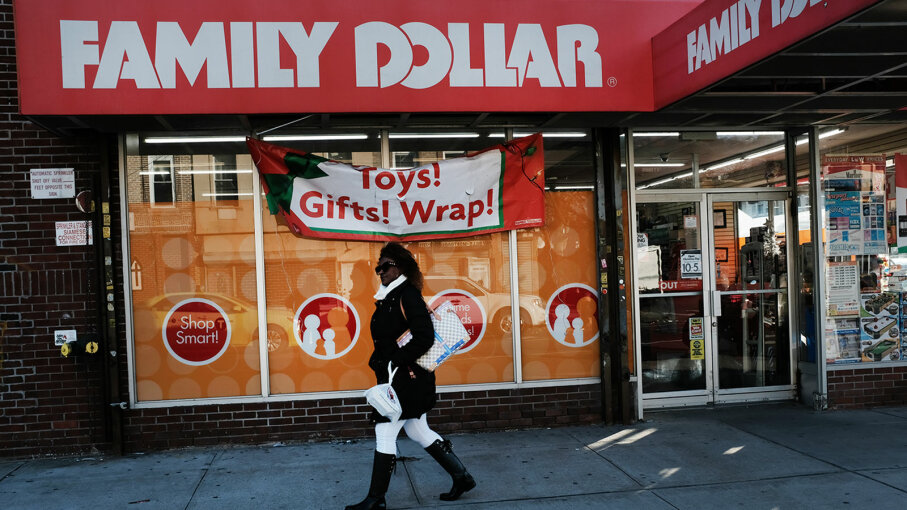 A woman walks by a Family Dollar store on Dec. 11, 2018 in Brooklyn, New York. As the income gap between rich and poor continues to grow, dollar stores have become increasingly popular in both urban and rural America. Spencer Platt/Getty Images

It's 9:17 p.m. on a Tuesday and you just realized there's no milk or eggs for the kids' breakfast tomorrow morning, and there's no bread for their school lunches. And if you're honest with yourself, that half-finished roll of toilet paper might not make it through the night. It's time to hit the store.

Now, you've got a choice to make. The nearest grocery store is 25 minutes away and the Walmart is even further. Driving to either one at this hour means you won't be home and in bed until 11. But what about that new dollar store they opened up down the street? Do they even have food at those things? If they do, you could get this shopping trip wrapped up in 25 minutes.

So you decide the dollar store is best option, and inside, you're surprised at the selection. It's tiny and packed to the gills, and there is actually some food. You don't recognize the brands and you feel a little funny buying eight 16-oz bottles (473 milliliters) of milk, but each one is only a dollar. On your way to the toilet paper aisle, you pass a toy section and bedsheets and greeting cards, which is useful because your mom's birthday was yesterday.

There's only one checkout person working, so the wait is a little long — looks like half your neighbors are in here — but the total bill is less than $30 and you're back home before 10 p.m.

Welcome to the dollar store economy. Dollar stores exploded during the Great Recession and continued to expand during the recovery. There are now more than 30,000 dollar stores in the United States. That's more locations than Walmart, Walgreens, CVS, Costco, Kroger and Home Depot combined. Once widely criticized as retail vultures preying on rural and urban poor living in food deserts, dollar stores now boast a more mixed-income clientele, including well-heeled millennials.

But why has the dollar store model been so successful? And how does a company even make money selling things for so cheap?

The two biggest dollar store chains, Dollar General and Dollar Tree (which owns Family Dollar), have been brilliant at capturing underserved demographics. Dollar General, for example, has built 75 percent of its stores in small rural towns with fewer than 20,000 people, and pinpoints new locations in areas that are 15 to 20 miles (24 to 32 kilometers) away from the nearest big-box store or grocery store. Family Dollar targets urban and low-income shoppers, while Dollar Tree goes after the suburban middle-income shopper.

By expanding dollar store offerings to include more food, household cleaners, health and beauty products, paper products and other "consumables," dollar stores have positioned themselves as a whole new shopping category called the "fill in" trip. Our example above — where it's late and you need a handful of things but don't want to drive all the way to the grocery store — is the classic recipe for a fill-in trip and dollar stores have swooped in to fill that need.

Not only has the proliferation of dollar stores fueled this new type of shopping behavior, but the arrival of a new dollar store often kills off local competition like the small-town mom and pop grocery store, meaning even more customers and profits for the dollar store.

Because the shopping list for a fill-in trip is only a few items long, the total bill at the dollar store is usually pretty low. And since many dollar-store goods are still sold for one dollar each, it's tempting to think that shopping at a dollar store must be a better deal than shopping at the local grocery store or a big-box retailer like Walmart. But is this always true? 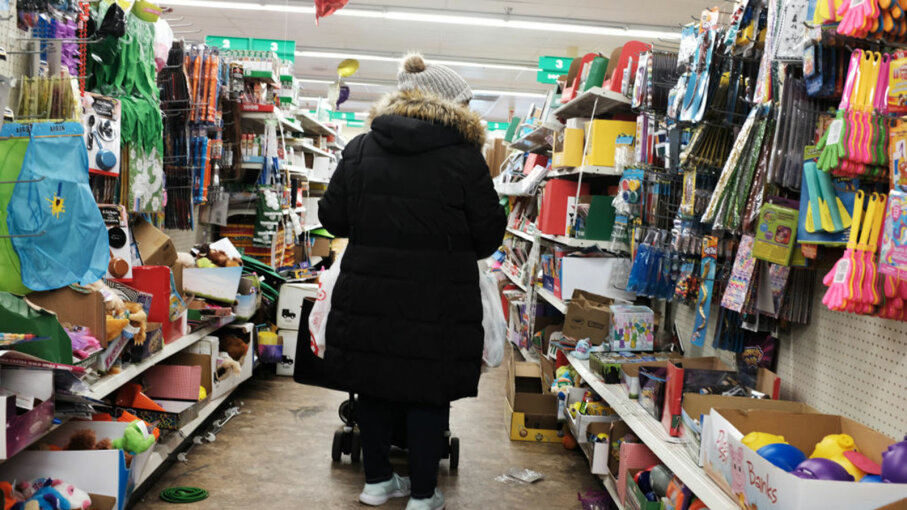 A woman shops in a dollar store on Dec. 11, 2018. Dollar stores are usually packed to the gills, but people don't mind if they can save money. Spencer Platt/Getty Images

According to analysis by The Guardian and The Washington Post, paying $1 for a 16-oz bottle of milk at a dollar store is the equivalent of paying $8 for a full gallon, which is more expensive than the fancy organic stuff at Whole Foods. Similarly, the $1 bag of raisins at the dollar store weighs only 4.5 ounces (128 grams), while a 72-ounce (2-kilogram) bag from a big-box store costs $10.50, or 52 percent less per ounce.

By shrinking package sizes, dollar stores can get away with charging way more per volume, which is one of the main strategies that dollar stores use to wring the most profit out of every sale. Just because you only paid $1 for that roll of aluminum foil doesn't mean that it's a good deal. That $1 roll is only 15 feet (4.5 meters) long, while Walmart sells a 75-foot (23-meter) roll for $4.06, the equivalent of more than 18 feet per dollar. (Of course, if finances are tight, maybe you'd rather pay $1 for 15 feet of foil rather than $4.06 for 75 feet.)

According to 2012 figures, Dollar Tree captured 35 cents of profit for each dollar of revenue compared to 24.1 cents per dollar at Walmart.

Dollar-store shopping is a no-frills experience and that's not an accident. By keeping stores small and employees at a minimum, dollar stores are able to convert a larger portion of sales into profit.

The Future of Dollar Stores

Dollar Tree is the only major dollar store brand that has stuck to its original pricing policy of selling almost everything for a dollar. A group of activist shareholders has been pressuring Dollar Tree to change its policy, citing inflation and the gradual increase in the cost of making those $1 products. So far, Dollar Tree execs are sticking to their (pricing) guns.

As dollar stores continue to expand their offerings and compete more directly with grocery stores, drug stores and big-box retailers, they may evolve to look and feel more like mini Walmarts than bloated bodegas.