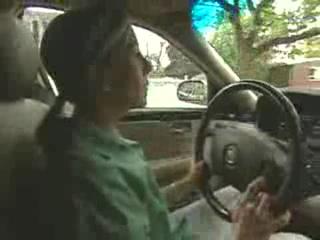 Getting a driver's license is a rite of passage for many teens. The promise of the open road, the freedom of mobility without adults -- it's all rather intoxicating. Until your parent or guardian sees the hike on the insurance bill. If you're paying your own driving expenses and you're under a certain age, you're likely shelling out more than your elders for a similar level of coverage.

For most drivers, the "magic age" when your rates go down is 25, just as you've probably heard. But many factors determine your insurance rates, so these age distinctions may not hold for everyone. The secret to decoding insurance rates and premiums lies in understanding where they come from. Understanding how and why rates can change is essential to making sure you've got the best coverage for your unique situation.

All insurance rates arise from complicated sets of data the insurance company has gathered over the decades they've been in business. Every fender-bender, every total loss, every break-in that's ever happened to someone they cover goes into their databases, and what comes out is a picture of you -- or at least who they think you are based on your relevant statistics. The more information a company is able to gather about everybody, then, the more accurately they'll be able to predict what's likely to happen to you and your car -- and that's where the rate comes from.

The good news is that every company does this math a little differently, based on a set of data that's a little different because of their unique base of clients. So shopping around -- and continuing to shop around as part of your yearly routine -- can offer greater differences in premium cost than you might think. In these days of big generic corporations (and generally the same levels of service from all of them), that might sound optimistic -- but it's the truth. Think of it this way: Part of your job as the car's owner is to tune up your insurance as you would your vehicle, especially if you're feeling skeptical.

Where the Numbers Come From

In terms of young drivers, then, the magic number comes from national and company-specific statistics that say people under the age of 25 are more likely to get into accidents. This isn't an opinion -- insurance companies make these assessments based on the facts before them. For example, young men are more likely to get into accidents than women, and married folks are less likely to be in accidents than their single peers [source: State Farm]. So, a married woman at 25 is already likely to have a lower insurance rate than an unmarried male counterpart, regardless of how these two hypothetical people act in real life. After all, if you're more reckless than the company thinks you'll be, they'll be raising your premiums soon enough.

When we talk about the magic number, we're talking about an "apples to apples" comparison, which is to say that a person who is paying a given premium is, on average, likely to pay a lower rate after this age -- and in fact, a good driving record means your rates will continue to go down until you hit 75. But there are plenty of factors that can throw this number off. For example, if you don't get your license as a teenager, or wait until you're 25, you won't really see a dramatic difference in rates, because part of the equation insurance companies use includes your experience on the road.

Of course, the kind of car you're insuring has a big impact on your rates. So, you also get into a higher premium area if you upgrade to a more expensive car. If you get nicer wheels right around the age of 25, your rate may not change much, because the car will be more expensive to repair or replace if it's in an accident, and it could be deemed more likely to be stolen than your previous ride.

Likewise, geography has a big part to play: States with more roads are more likely to have higher premiums, for example, as are areas with higher concentrations of people. In 2002, for example, New Jersey had the highest average rates -- more than twice what consumers were paying in North Dakota, the cheapest state for insurance -- because of the sheer density of traffic [source: NAIC].

What We Can Do About It 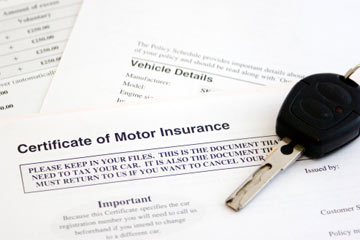 Don't just mindlessly file away your insurance documents! Review the information, and talk to competing providers to make sure you're getting the best rate.
©iStockphoto/Thinkstock

It's true: The magic number is still 25. But that doesn't mean that you'll automatically get the best possible rate available on your 25th birthday. By doing your research online and plugging in the numbers, you can do a lot more good for your own safety -- and pocketbook -- than you can by waiting around for better rates to kick in. And even if you fall into that lucky majority for whom the magic number holds, the responsibility's still on you to make sure you're getting all the discounts and best prices available to you. After all, it's not in the company's interest to do that work on your behalf.

Being proactive and realistic with your insurance selections means making sure you have the best plans for yourself and your family. Don't wait for the insurance company to just hand you a discount (especially when you might possibly find better rates for yourself elsewhere), and don't wait to investigate the changes you could make to your particular plans that could save you money. Raising your deductibles, bundling your insurance services with the same carrier, driving safely and make your kids pay for their own insurance are all possibilities you should explore. In the short and long term, that'll save you more money and give you the peace of mind that insurance is intended to give you, without having to depend on anybody else.

The shadowy workings behind insurance calculations have always interested me, because what actuaries do is translate the facts of everyday life into probabilities: It's doing math with the value of people's lives and property to determine their worth, which is bizarre and fascinating. Combine that science with one of the quintessential American rites of passage -- car ownership -- and a lot of details in daily life that we can often overlook come into focus from a whole new angle.

10 U.S. States With the Lowest Cost of Living
10 Most Common Questions About Taxes
How Credit Reports Work