How Auto Insurance Companies Are Organized 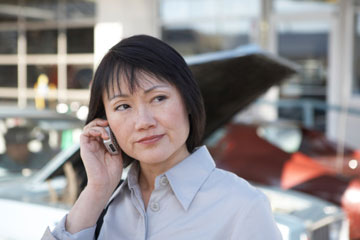 A driver, known to an auto insurance company as a policyholder, makes a monthly payment, or premium, to the company. If a driver gets into an accident that requires extensive repairs, he reports this to his insurance company, which then issues a claim payment to the driver, after the driver pays a deductible. How this works: Say a driver pays a monthly premium of $80 on a policy with a $5,000 deductible. That person then gets into an accident, which results in $6,000 in damages to the vehicle. The driver would have to pay the first $5,000 out-of-pocket to repair the vehicle; the auto insurance would then cover the remaining $1,000 balance. Conversely, a higher premium would lead to a lower, more desirable deductible, because the driver has put more cash to the insurance company upfront.

The cost of a policy differs among drivers. Factors such as credit history and driving record help an insurer determine how much of a risk the driver may be. This helps make sure that the money coming into the insurance company from the driver is going to be proportional to the possibility of money going out later, based on the frequency and severity of the claims of similar drivers in the past. If a driver with three accidents signs up for a $30,000 comprehensive plan (more on that below), a driver with a perfect driving record and credit would actually pay a lower premium for the same policy.

Auto insurance companies provide a variety of coverage, with each option adding to the premium cost. Collision coverage covers for damage to the insured driver's car in the event of a collision with another car, even if the driver is at fault. (If the driver isn't at fault, the driver's auto insurance company will try to get the cost of repairs paid for by the other driver's insurance company.) Property damage liability covers damages to other property, such as to a building. Personal injury protection coverage pays medical bills if the driver and passengers are injured in an accident. This is different from bodily injury liability, which provides assistance in the event that another driver or passenger in another car is injured in an accident caused by the policyholder. Finally, comprehensive coverage does not mean that a policy covers "everything." It's a clause that insures the car even when it isn't being driven -- a garage fire that destroys the vehicle, for example.

It might seem that after deductibles were paid out, insurance companies end up footing the bill a lot of the time. So how do they make money? Read on to see how insurance companies profit even with charging moderate fees and making large repair payouts.