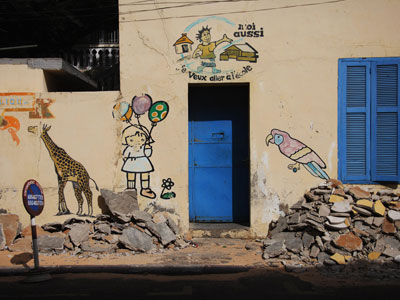 ­The first signs of drug trade's presence in Africa appeared in 1985. In Zambia, a southern central African nation, 25 prominent citizens were indicted on drug trafficking charges. A panel was established to investigate this home-grown cartel, which dealt largely in marijuana. The investigation revealed a startling fact about the Zambian economy; drugs had become so entrenched there that they were used as goods that everyday citizens traded and bartered to purchase things like groceries [source: Mulenga].

The inquiry revealed an invisible narco state beneath the functioning one, replete with a money laundering network that helped support it financially. Zambia was among the first African nations to see a narco state rise out of its poor economy, but it was far from the last.

The 1990s saw an explosion in post-colonial Africa's drug trade. While marijuana and hashish had long been favored by many African nations, cocaine made a big entrance into the continent as drug traffickers from Latin America began to gain traction in Africa. This foothold led to the establishment of narco states, especially along the west coast, a major transit point for Latin American cocaine en route to Europe. With poor economic outlooks among many of the nations along the west coast and inland, combating the drug trade has taken a back seat in many cases to the economic stimulus trafficking provides. Like many in Latin America, African narco states often exist largely under the radar within a functioning state that maintains the pretense of eradicating drug trafficking.

Take Senegal, for example. In the 1990s, cocaine and heroin use among the upper classes began to take off as a major influx of drugs penetrated the nation's borders. This led to the development of a Senegalese narco state; in 2008, Britain's Telegraph newspaper reported the average cost of a bribe to persuade an official at the country's Dakar airport to look the other way was about $9,000 per kilo of cocaine -- around a third of its wholesale value in Europe [source: Blair]. In Ghana, a combined 2 tons (1814 kilograms) of cocaine were seized during 2006; this was in addition to another 7 tons (6350 kg) of cocaine captured off the nation's coast that same year [source: Mail and Guardian].

As we saw in Central America, conflict also played a major role in the emergence of narco states along the Africa­n coast. Nations that have endured prolonged civil war and lack stable central governments, like Liberia and Sierra Leone, have also developed regional narco states.

­Combined, these nations have come to form the backbone of a bustling narco economy that links Latin America with Europe. "The former Gold Coast is turning into the Coke Coast," a U.N. report stated [source: Kirschke]. There is no other nation in Africa, however, that fits the classic definition of a narco state than the continent's newest addition to the international drug trade, Guinea Bissau.