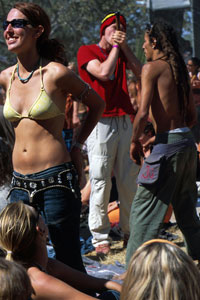 ­For a variety of reasons, people around the wor­ld have developed a love affair with illicit substances. The United States has a particularly ravenous appetite for cocaine, consuming some 40 percent of the global supply each year [source: Glenny]. While it contributes only 11 percent of the world population, Europe is home to almost one-third of the globe's heroin addicts [source: Chamie, Norton-Taylor].

The West's continual fondness for drugs has helped to drive their costs down. In the U.S., a kilogram of uncut cocaine sells for around $22,000, while that same kilo fetches almost $120,000 on the streets of Moscow [source: Kirschke, Walt]. There are other costs associated with illicit drugs, including health care and welfare expenditures for addicts and their children. Disability payouts for addicts in the UK, for example, cost the nation almost $80 million in 2008 [source: Daily Mail]. These enormous numbers are piddling compared to the tolls exacted in places where illegal drugs are produced. Rather than dollar amounts, or pounds or euros, the prices paid for illicit drugs at their points of origin or along their supply chains are often calculated in human blood and misery.

The marijuana and hash smoked in Detroit and El Paso. The cocaine sniffed in clubs in Ibiza, Frankfur­t and Atlanta. The heroin injected in basement flats in New York, London and Los Angeles. The methamphetamine snorted, smoked and shot up by people in Bangkok and Nashville. All of it comes from somewhere, and that somewhere is usually somewhere else.

­There's a likelihood that the pot and meth consumed by American users were grown in sub­urban grow houses or produced in mobile meth labs within U.S. borders, but it's much likelier that both came through Mexico. There's zero chance the heroin and cocaine were produced locally -- both come from plants cultivated in East Asia and Latin America.

To get from their areas of origin to the towns and cities where consumers purchase them in little baggies, illicit drugs have likely passed through way stations called narco states. These are regions and countries where governmental action is directly influenced -- either through corruption or violence -- by drug traffickers, drug producers or the drug trade itself [source: Hartelius]. It's big business: The drug trade generates as much as $300 billion a year. Basically, narco states are the capitals on the drug trade map, and this map touches every corner of the globe. 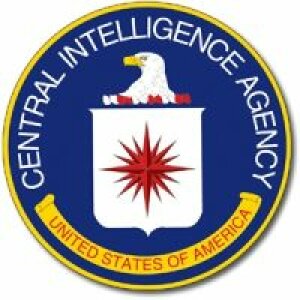 How the CIA Works

How the U.S. President Works